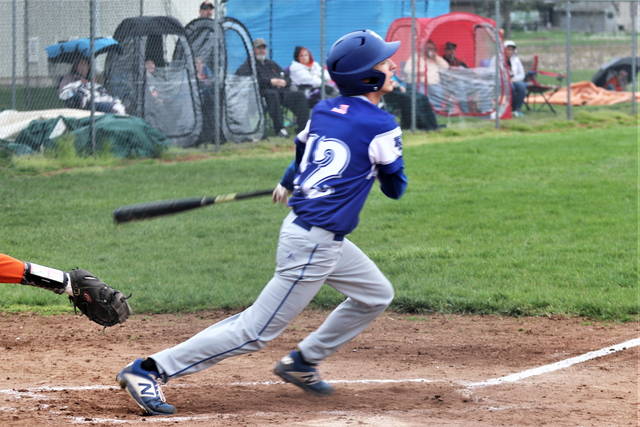 “Hopefully we keep this going into the tournament coming up here in a week or so,” Franklin Monroe coach Tyler Zimmerman said following the game. “I told the boys we have to keep it rolling and we’ll be just fine.”

The Jets rode the arm of Brendan Hosler, a recent Mount St. Joseph Lions signee to earn the road win.

“Brendan has been our backbone all year,” Zimmerman said. “Every time he’s on the mound no matter who we are facing I know we have a chance to win the game. He throws strikes, pounds the zone, doesn’t fall behind in the count and has been dominant this year.”

Franklin Monroe got on the board in the second inning with a Dylan Brumbaugh run scoring single.

The Jets added three runs in the fourth with scoring coming from a Jayce Byers single, a Blake Sease fielder’s choice and a double off the bat of Cole Blumenstock.

Hosler pitched a complete game five hitter to earn the shutout while striking out seven to earn the win.

Franklin Monroe banged out 12 hits on the night with Brumbaugh leading with three hits and Gabe Sargent, Cason Yount, Byers and Blumenstock each collecting two hits in the win.

“Dylan Brumbaugh had a great day at the plate, Gabe Sargent had a good day – we just had a lot of guys top to bottom having good at-bats, fighting, making every out hard to get and that is what we work on,” said Zimmerman. “We work on battling once you get down in the count two strikes and we really showed a lot of guts today and played really well.”

The Tigers had five hits with Kolton Young and Jacob Longenecker each with two hits.

Ansonia played error free ball while Franklin Monroe had a single error in the contest.

“One of the cleanest games we’ve played defensively all year,” Zimmerman said. “Just one error the entire game – just a ball popped right out of his glove but we played a really clean game today and I am proud of the way the boys played.” 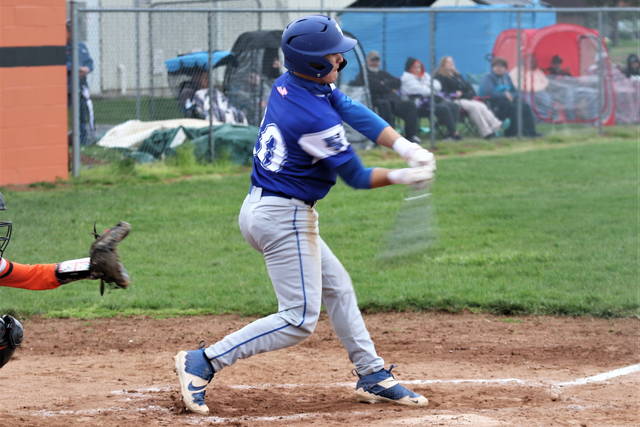 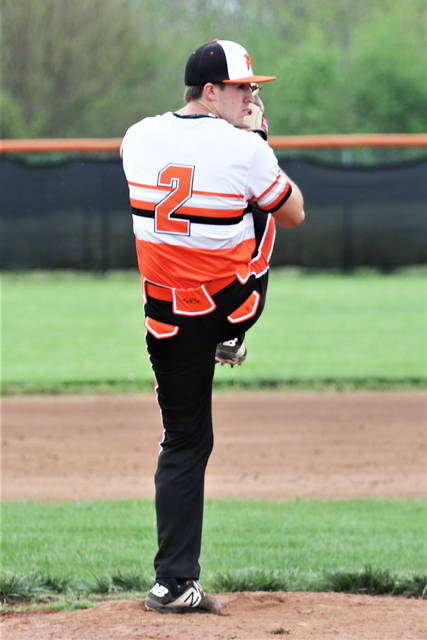 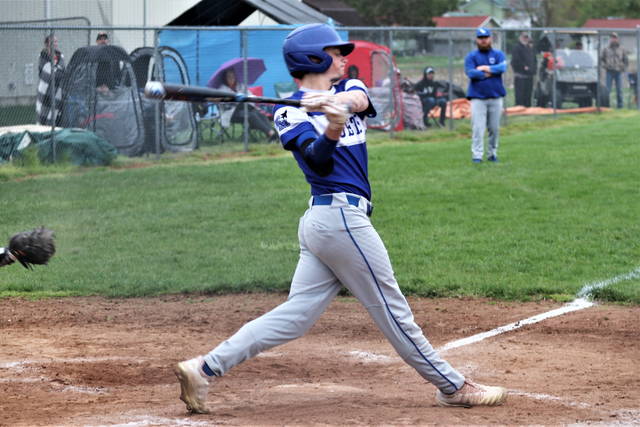 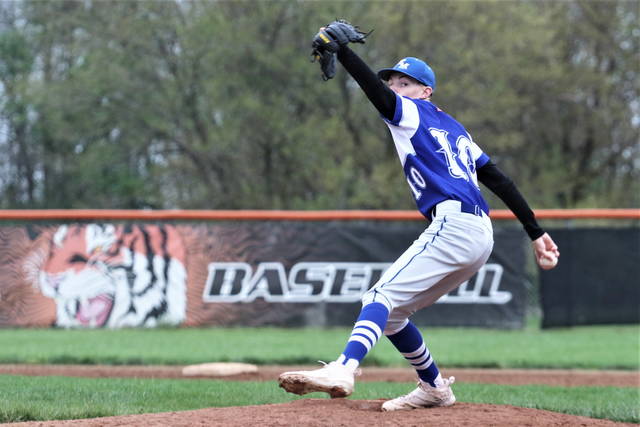 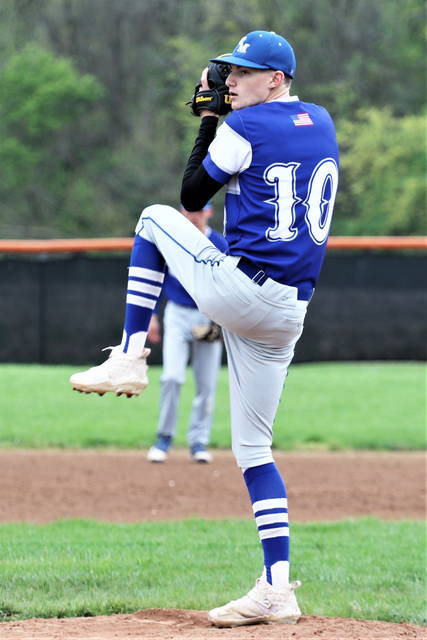