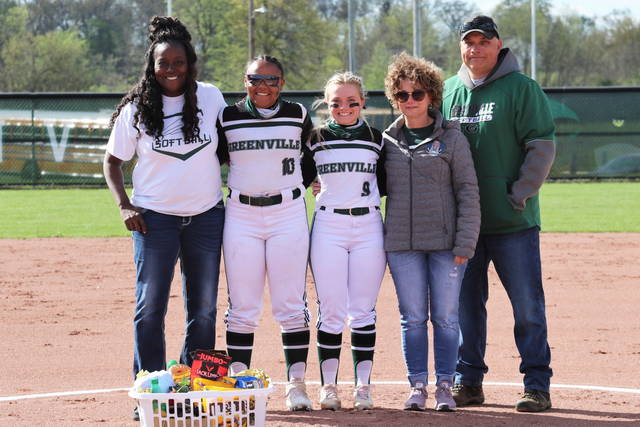 Prior to the start of the opening game, Greenville honored seniors Grace Shaffer and Nyesha Wright.

“Two amazing seniors,” said Greenville coach, Jerrod Newland. “Grace a shutout – just a superstar this year. So proud of her and Ny (Wright) saved her best for game two tonight. You only go as far as your two seniors take you.”

Game one featured MVL strike out leaders, West Carrollton senior Nariah Mack at No. 1 and Greenville senior Grace Shaffer coming in at No. 2 on the season.

“First game we made some plays,” Newland stated. “West Carrollton has four or five neat kids – just a solid team and great pitcher.”

The game remained scoreless through 2.5 innings before the Lady Wave post four third-inning runs. Ashlyn Zimmer got things started legging out a one-out bunt single and advance to second on a passed ball, Write singled and move to second on the throw with Zimmer going to third.

Alaina Baughn stepped to the plate to lash a two RBI single to center, Skylar Fletcher knocked a two-out single and Baugh and Fletcher scored by way of West Carrollton miscues to lead 4-0 after three compete.

The Lady Wave tacked on an insurance run in the bottom of the sixth with a Fletcher single and racing home on a bevy of Lady Pirates errors all coming on the same play.

Shaffer tossed a 2-hit shutout to earn the win, walking two while striking out nine. Mack allowed seven hits, no walks and 12-strikeouts.

Baughn paced the Lady Wave at the plate going 2-3 with 2-RBIs and a run scored. Fletcher went 2-3 with 2-runs, Zimmer and Write went 1-3 with a run and Kenna Jenkinson was 1-3. 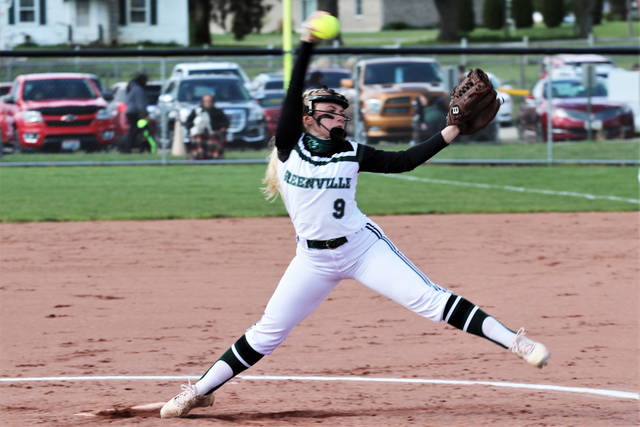 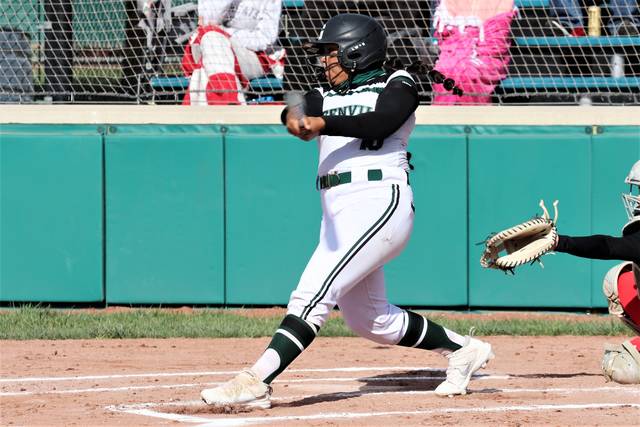