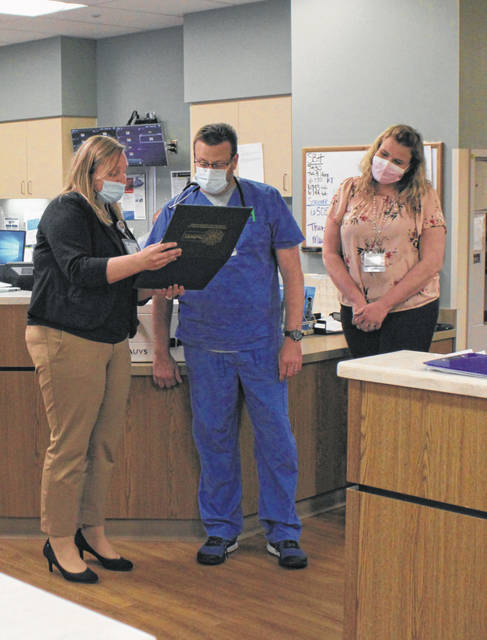 GREENVILLE —Wayne HealthCare shook up a semi-annual tradition on Thursday when the first ever male nurse at Wayne was presented with a DAISY Award.

Registered nurse Lonnie Campbell, who works in the emergency department, was awarded the spring 2021 award.

Campbell worked on the assembly line at General Motors for 16 years before he went back to school later in life to pursue his nursing degree. He lives in Gettysburg and is married with two children.

“It feels surreal,” he said of the honor. “I’ve always believed that just a little bit of extra compassion to somebody that’s in here can make a difference in their life. I try to take that extra time, give them a pat on their leg and say, ‘it’s going to be OK.’”

He was nominated for the award by his daughter, Megan Biggs.

“I nominated my Dad, Lonnie Campbell, for the Daisy Award because he’s my inspiration and my hero,” she said.

After Campbell left the manufacturing industry, as he studied nursing full-time, he was also working full-time to support his family. Biggs said she watched her dad work hard and sacrifice a lot, but added he kept going due to his faith in God and passion for nursing.

“I saw the sacrifices he made,” Biggs said. “I saw him persevere through many adversities and personal challenges, including selling his beloved boat to pay for bills and household necessities for our family. Through it all, my father stayed the course, trusted in his Lord and remained focused on becoming an RN. Why? My father truly loves to help people and being a nurse at Wayne HealthCare affords him the opportunity to make a difference in the lives of patients and co-workers every day, and he does.”

For his award, Campbell received a DAISY Award certificate, an honoree pin, some sweet treats, a sculpture and he signed the DAISY Award banner which will hang in the Emergency Department unit until the next season award is handed out.

Campbell said not only does the honor mean a lot to him but it also came when he needed it the most.

“It means a lot,” he said. “Actually on the way in today, I’m a God-fearing person, I’m a Christian person and I was asking God for something. I was just feeling down. This was definitely something that I needed and it was the right time.”

If you would like to nominate an extraordinary nurse at WHC, ask for a nomination form the next time you’re at the hospital or contact Chief Nursing Officer Kim Freeman at 937-547-5719. 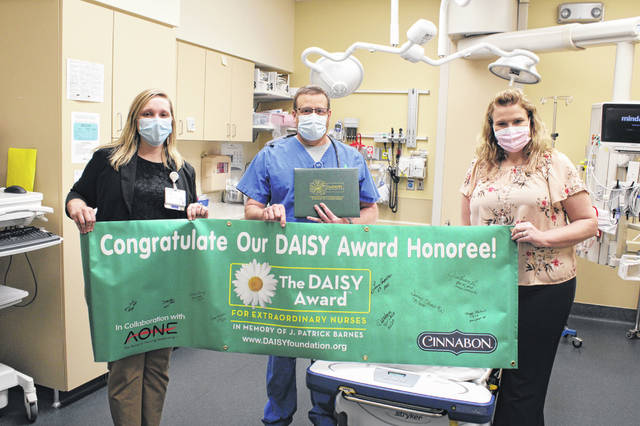 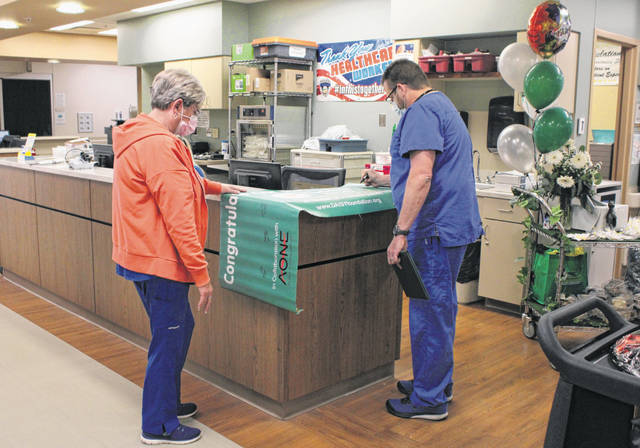 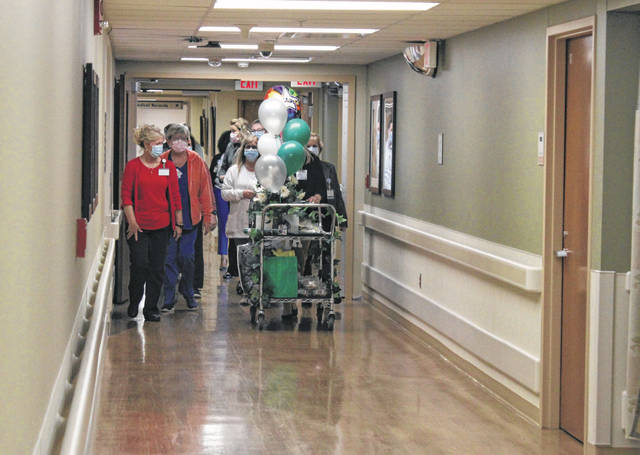