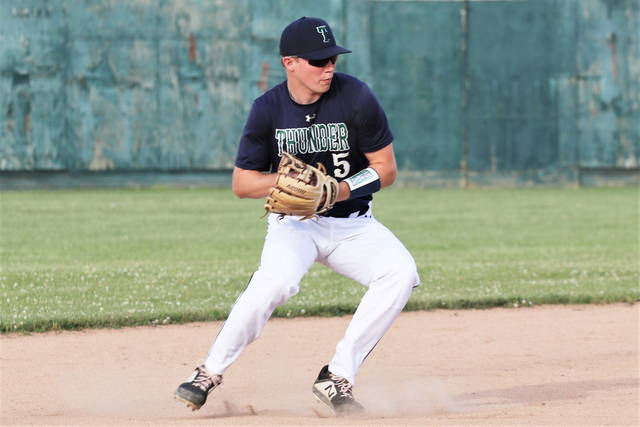 “There is a lot of talent here,” said Post 140 coach, Chad Henry of the area’s best baseball talent. “We’re pretty deep everywhere positionally. There’s not a guy in this dugout that can’t play the game. It’s a good problem to have finding everyone playing time but it’s one we’re willing to take on.”

Springfield jumped out to a 4-0 lead in the top of the fist-inning where the score would stand after one complete.

“It kind of seemed like a déjà vu at first,” Henry said. “We ended the season with the last eight or nine games starting rough in the first inning so we tried to take precautions. We came out and couldn’t find the strike zone and sure enough you give a good team that opportunity – they banged a single and knocked a few in.”

Batting in the bottom of the second-inning, Post 140 got a leadoff Jarod Lee walk, a Ben Ruhenkamp single and a Jack Kletzly run scoring single. Hayden Bush followed with a walk to load the bases. Carson Bey was hit by a based loaded pitch to pick up an RBI and Kletzly and Bush each scored on passed balls to knot the score at 4-4.

Tyler Beyke reached by way of a hit batsman and a Colton Frances fielder’s choice game Post 140 a 5-4 lead. Will Cook coaxed a walk to fill the bases setting up back-to-back 2-run singles off the bats of Lee and Ruhenkamp.

“To answer the way we did in the bottom of the second was a testament to these guys,” Henry said. “They put that behind them, they came out and hit the ball and just made things happen.”

Springfield made a pitching change only to be greeted with a Kletzly RBI double to left, a two-out Bey single and Dawson Stephens scoring the 11th run of the inning on a passed ball.

“We sent 15 batters to the plate in the second,” noted Henry. “The way they answered – hitting contagious. They came out, they saw some pitches and that was a good pitcher they were hitting off of. He shut our first three down and these guys got in there, they fought and made the guy throw strikes and when he did they made him pay for it.”

Armoloy added 4-runs in the top of the fifth with Legion Post 140 battling back with 3-runs in the bottom of the inning beginning with a crushing leadoff home run deep over the right field fence off the bat of Cook.

“Cook knew what he was getting and he sent it into orbit,” stated Henry.

Lee followed with a double to left, Ruhenkamp walked, Aiden Psczulkoski was hit by a pitch, Lee and Ruhenkamp scored on a passed balls and Jacob Longenecker lined an RBI single to left with the game’s final run giving Greenville American Legion an 8-run win.

Post 140 banged out 14-hits with Ruhenkamp, Lee, Beyke and Kletzly each collecting 2-hits and Cook leading with 3-hits on the night.

Beyke (Trine University Baseball) at shortstop and Cook at third base (Miamisburg HS and University of Louisvillle) both had major league plays at their infield positions.

“When you get a guy in there that keeps his head on it, he plays it and works through it – that’s what you always teach, it’s not always what happens,” said Coach Henry. “What you do in practice and what you do in the field sometimes is two different things but they went right in there and played it, composed themselves and made the play. That’s trusting what you’re practicing and actually implementing on the field.”

“The kid is quick and he really refined a lot of things his first year in college,” Henry added of Beyke. “There is a lot of experience in that infield. We have four college infielders but for the most part our pitching staff is young.”

Alex Kolb pitched the first 3.0 innings allowing 1-hit, 3-walks while striking out five. Brody Williams picked up the win in relief allowing 5-hits, no walks and 2-strikeouts in 4.0 innings of work. 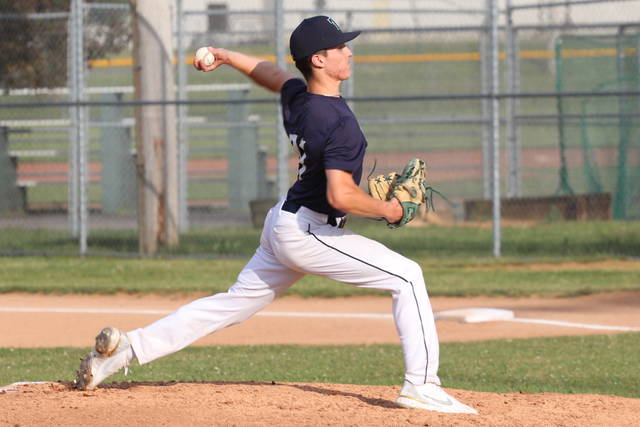 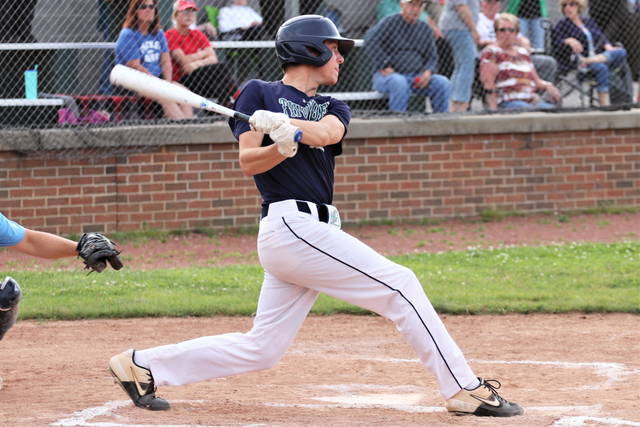 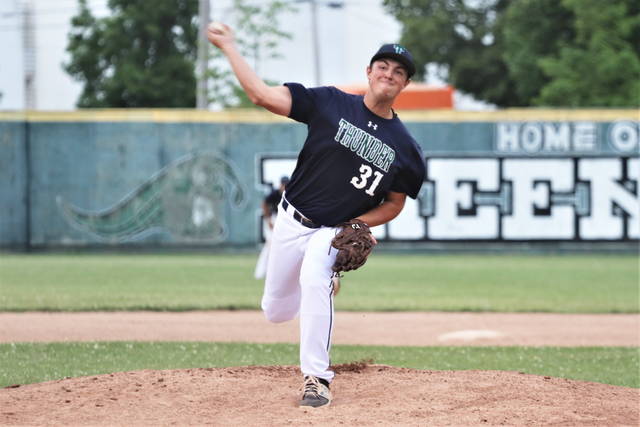 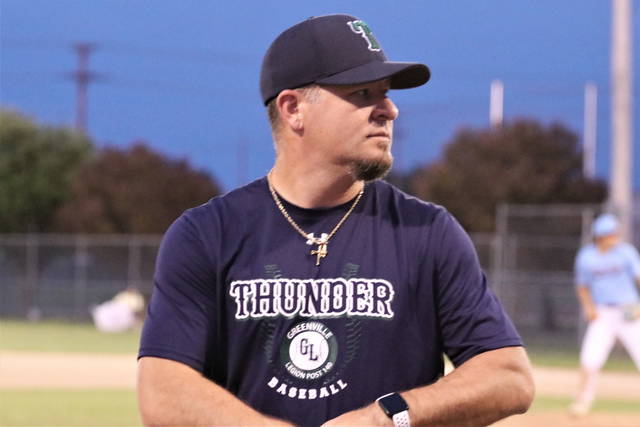 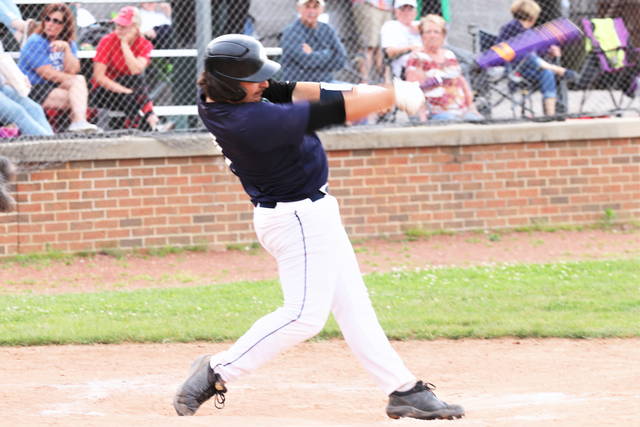 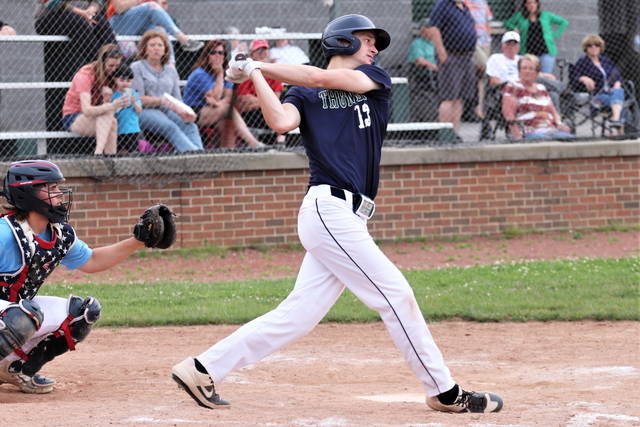 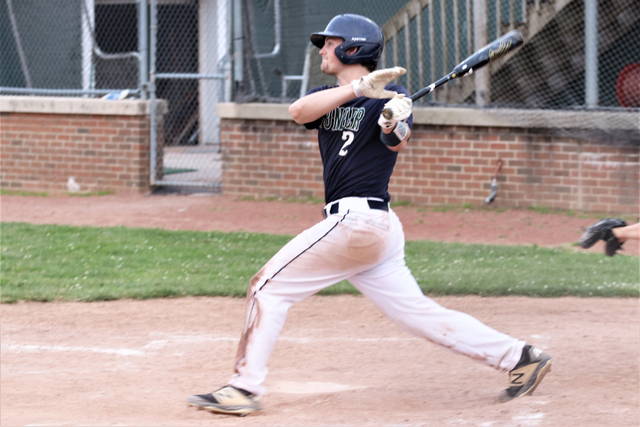 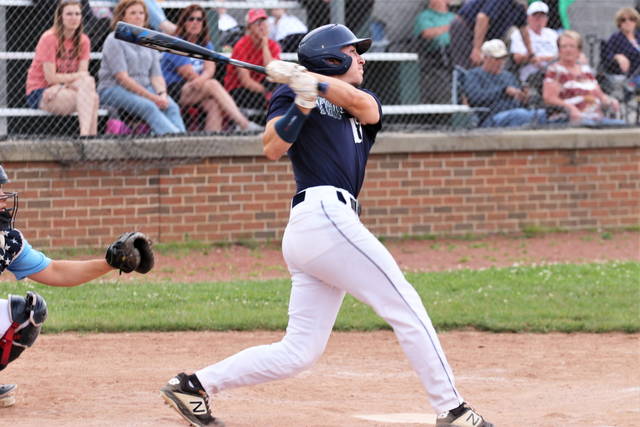 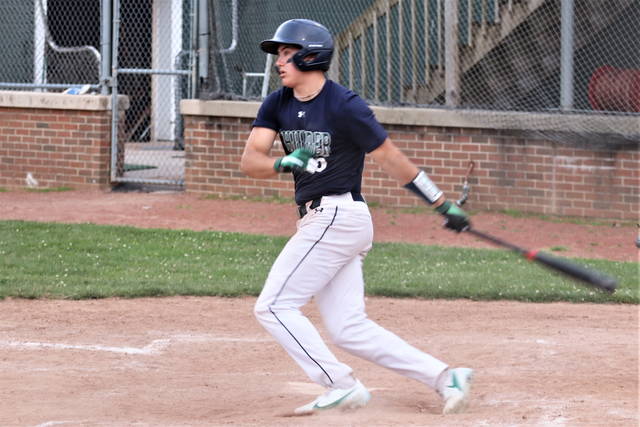 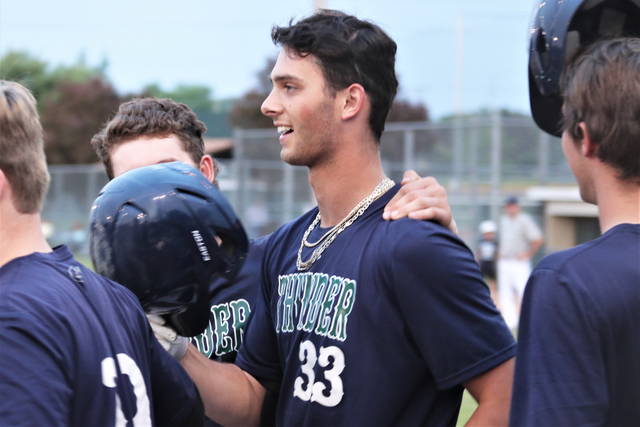 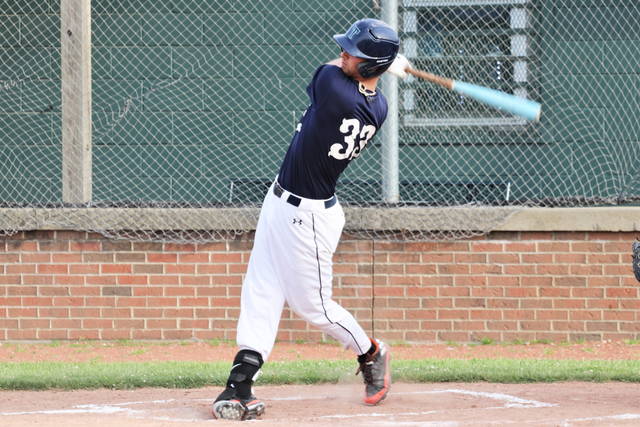