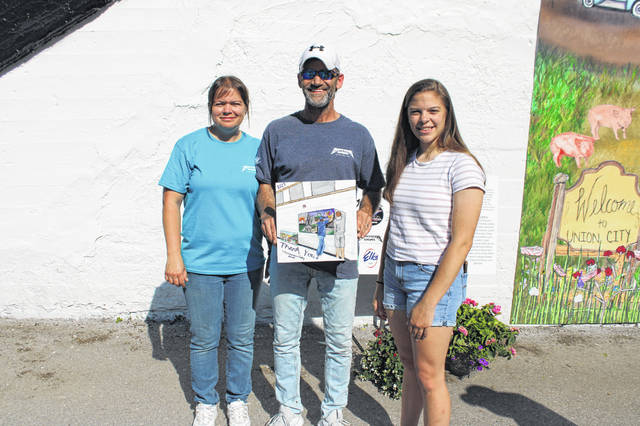 The mural sits on the side of an old railroad overpass near the corner of St. Rt. 571 and Deerfield road and acts as a preview of the village of Union City, as it features many scenes from around the community.

With this project, Austerman said she’d like it to not only showcase the students’ skills, but to also give the community a look at Union City through their point of view.

“I want the community mural to show the talent of our student body from Mississinawa Valley Schools,” Austerman said. “I also want the mural to be able to illustrate the community through the student’s eyes and increase appreciation for the arts. I want the arts to act as a way to bring the community together as a whole.”

Not only did the mural show off the students’ skills, but it also provided them with a great experience.

“As an artist and as a teacher, he’s probably as good as you can get,” Rammel said. “He never said no to any of our ideas. He had a special bond with every single one of us.”

In addition to working with Wells, experience taught students a priceless lesson in perseverance.

“I realized I need to be patient and stick through things,” graduating senior Josclyn Pollitt said. “Naturally, if I’m doing something and I don’t want to work on it anymore, I’m done. I’m not working on it anymore. But with this, we had to work on it for so long and we always had to keep making more progress and changing things. The first mock up, looks almost nothing like it does now.”

Austerman said now that the mural is finally open, she feels proud of her class and supported by the community.

“The students worked very hard on this project and it was a huge success,” she said. “It is great to see the talent of Mississinawa Valley in our school and town. I also feel very supported by the community members that came together to support us in this project. This project demonstrates what can happen with community support.”

Next on the agenda, Austerman applied for another multimedia installation artist, Susan Byrnes, to come to Mississinawa Valley Schools through the Ohio Arts Council. Austerman said she plans on doing larger community art projects and that the theme will be “light.” She will know the result of her application in July. 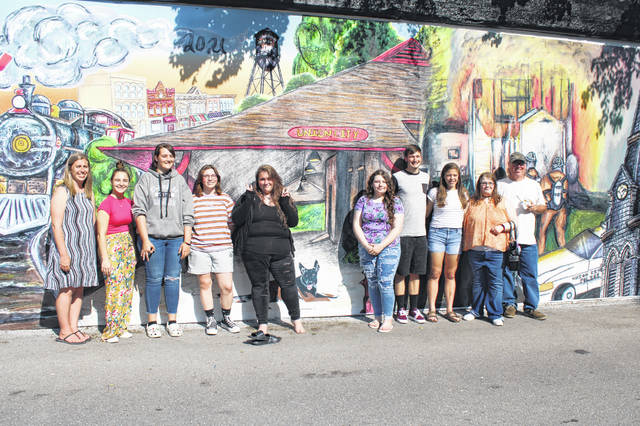