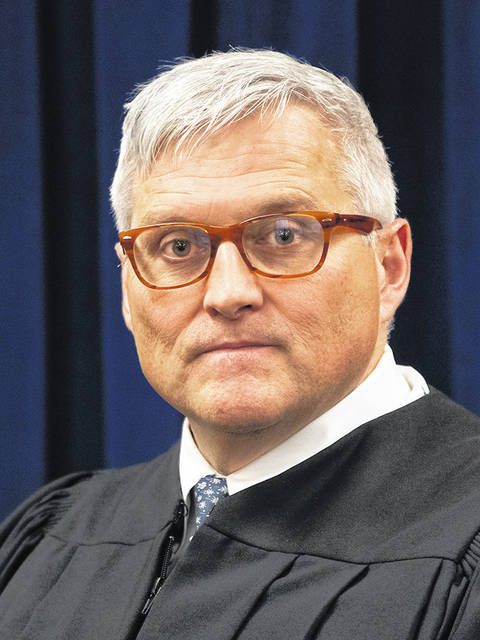 The Ohio Second District Court of Appeals includes all of the following counties: Champaign, Clark, Darke, Greene, Miami and Montgomery.

Judge Huffman has almost two decades of experience serving as a General Division Judge in Montgomery County Common Pleas Court and she presided in the same court as the elected Administrative Judge of the General Division from January 2016 through December 2018.

Judge Huffman received an M.A. in Judicial Studies from the University of Nevada in 2015 and received a Certificate in Judicial Development General Jurisdiction Trial Skills. In addition, she earned a Certificate in Judicial Development Dispute Resolution Skills from the National Judicial College in 2019. Prior to judicial service, Judge Huffman was a partner in the law firm of Huffman, Landis & Weaks. She is a former president of the Dayton Bar Association, the Dayton Bar Association Foundation, and the Greater Dayton Volunteer Lawyers Project.

In addition to her responsibilities as a General Division Judge, she currently oversees the court’s Women’s Therapeutic Court (WTC) docket that focuses on reducing crime by providing support to women whose drug using behavior contributed to their criminal conduct. The WTC docket is a highly structured program, lasting six months to five years, which encourages sobriety through weekly Court appearances, intensive supervision by the Criminal Justice Services Department, urine testing, involvement in treatment, and programming to support important life skills. Since the program’s establishment in 2014, the WTC has had over 430 participants.

Contributing time outside the courtroom to furthering the development of the legal community and providing her experience to the betterment of judicial standards has always been a priority throughout Judge Huffman’s 30-year legal career. She is frequently appointed by the Ohio Supreme Court to mentor new lawyers and judges. She also teaches a variety of continuing education courses for judges.

Judge Huffman has taught as an adjunct faculty member at the University of Dayton School of Law since 2003, teaching a variety of courses. She also serves on the Specialized Courts Committee and the Criminal Law and Procedure Committee of the Ohio Judicial Conference. She currently serves as the Chair of the Commission for the Rules of Practice and Procedure of the Ohio Supreme Court, is a member of the Board of Trustees of the Ohio Judicial College and most recently served as the Chair of the Ohio Supreme Court Task Force to Examine Ohio’s Bail System.

Judge Huffman resides in Washington Township with her husband Wayne, and is the mother of three adult children and has four grandchildren.

Judge Lewis currently serves in the Xenia Municipal Court, where he is the sole judge responsible for all operations of Xenia Municipal Court. The Court currently has 18 employees which include: three bailiffs, a court reporter, Clerk of Courts, six deputy clerks, fiscal clerk, Chief of Probation and five probation officers. The Court averages approximately 12,000 cases a year.

Prior to being elected to the Xenia Municipal Court, Judge Lewis served as a municipal prosecutor for over 20 years, where he was responsible for the prosecution of all misdemeanor offenses. These responsibilities included conducting pretrials, suppression hearings and preparing and trying criminal cases to the Magistrate, Judge and Jury for 16 different law enforcement agencies. He was also responsible for researching legal issues, advising the law enforcement agencies, drafting appellate briefs and arguing cases before the 2nd District Court of Appeals. Judge Lewis served as the City Prosecutor for Trotwood (2018-2019), the City Prosecutor for the City Xenia (2000-2019) and City Prosecutor for Fairborn (1999-2000).

Judge Lewis also served as Law Director for the City of Xenia (2001-2016). As law director he was the legal advisor for the City of Xenia, all its departments, agencies, officials and employees. He was responsible for preparing and or reviewing all contacts, agreements, resolutions, ordinances and amendments. He was also responsible for managing the victim witness office, management analyst and paralegals. Prior to working in private practice with the law firm of Wolaver, Lewis and Tornichio, Judge Lewis served as a law Clerk to both the Honorable Judson L. Shattuck in Xenia and clerked for Supreme Court Justice Alice Robie Resnick. Judge Lewis also worked as Assistant to the Chief Legal Counsel for U.S. Senator Mike DeWine in Washington, D.C.

Judge Lewis is a former board member and President-Elect of both the Rotary Club of Xenia and the Xenia Area Chamber of Commerce. He also has served on the boards of Glen Helen Nature Preserve, the Greene County Family Violence Prevention Center, the Community Network (Greene County Mental Health Board), Dayton Masonic Learning Center and the Yellow Springs Community Children Center.

Judge Lewis lives in Xenia Township on the farm he grew up on with his wife Amy. They are blessed with four children. 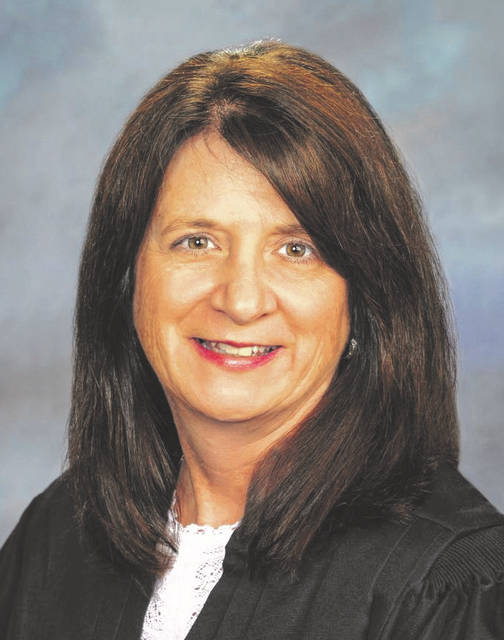