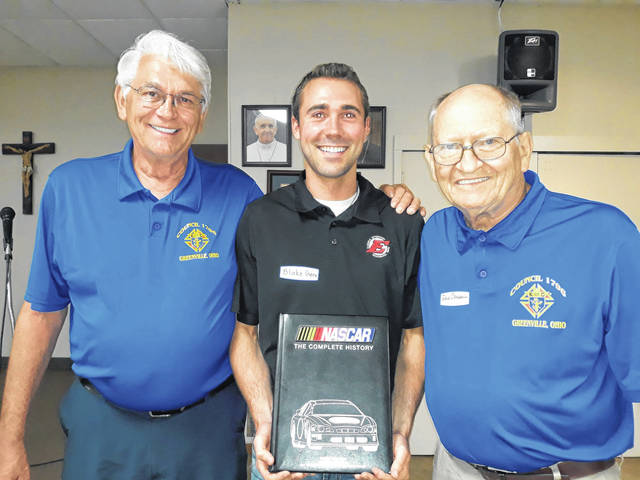 Eldora Speedway (also known by racing fans as “The Big E”) is a half-mile dirt racing facility owned by three-time NASCAR Sprint Cup Champion, Tony Stewart. The Indiana native purchased Eldora from legendary promoter and Darke County native, Earl Baltes, in 2004. Baltes, who built Eldora in 1954, had been the sole owner of the facility.

Eldora has many opportunities for fans to come out and enjoy the fast pace and fun on racing days. Each weekend, Eldora hosts racing events which bring people from across North America (and sometimes, from around the globe) to tiny New Weston, which boasts a population of 100. On race weekends, however, up to 5,000 campers can be accommodated by Eldora’s six campground areas, including Eldora Village, spanning over 111 acres.

“We turn Eldora into a city of our own on race weekends,” said Giere, who has been a member of Eldora’s full-time staff since 2019. “For only $59, from Sunday to Sunday, you can bring your tent or camper, firewood, and have a great time!”

While COVID cancelled many events for 2020, Eldora roared back with several events which made up for lost time. Earlier this month (June 9-12), the Late Dirt Model Dream races from both 2020 and 2021 were held. Prizes totalling $273,000 were awarded to the winners of the four races.

“The total payout for this past Dirt Late Model Dream week, which lasted four days, was $792,000. It was the second highest paying weekend in the history of the sport. Only the Eldora Million event ever paid more in total,” said Giere. “These kinds of payouts are not possible without the support of our amazing fans. We are so grateful for their support!”

For standard races, a typical crew would consist of Giere (who also runs the video board), and other media center operators working about four cameras ; however, during nationally televised races, Giere not only works the board, but also creates Eldora’s highlight videos, alongside (at least) 16 cameras, supported by a technical crew of 30 operators.

The newest race, happening this Saturday, June 26, is the SRX Experience (“Superstar Racing Experience”), a Camping World series event, which features 12 drivers from different backgrounds, including some local drivers) based on each racer’s driving ability and skills. Also on the Eldora Speedway lineup is the 37th and 38th Kings Royal Weekend (July 14 and 15); Fireworks Night #2 (August 7) which features bounce houses, autographs, balloon twisting clowns, racing, fireworks (and more); the Baltes Classic (Sept 5) and the World 100 Weekend (Sept 8 through 11).

Greenville Knights of Columbus fan, Dale Crandall, presented Giere with a commemorative book highlighting the history of NASCAR, and other members reminisced about the “good ole days” of Eldora’s local dirt track racing.

When asked about the most popular concessions at Eldora, Giere laughed. “Chicken Tenders are the best sellers, followed the Pizza Burgers, and Farmer Brown’s ice-cream, and of course, the ‘Toilet Water!’”

When asked about that last item, Giere explained that this “signature mixed drink” (well-known to old time race fans) consists of red and blue Maui (Maui Blue Hawaiian Schnapps Liqueur), orange juice, a splash of Sprite, topped off with a Tootsie Roll.

Want to learn more about the events at Eldora this summer? Just call 937-338-3815 or visit Eldora Speedway on the web for ticket sales and info at www.eldoraspeedway.com.

Questions for the Greenville Knights of Columbus Council #1796, or thinking about joining? Just email Luke Stachler at [email protected] 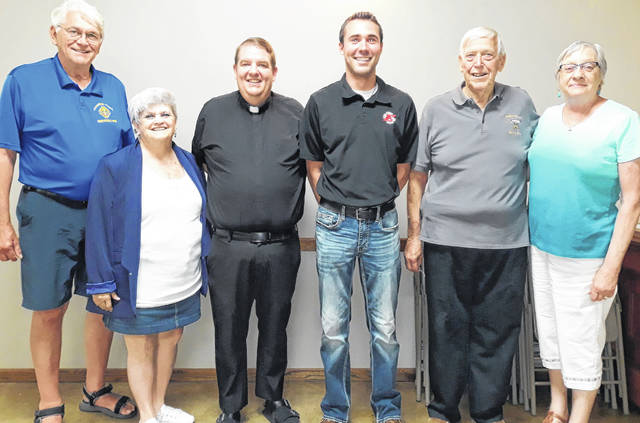 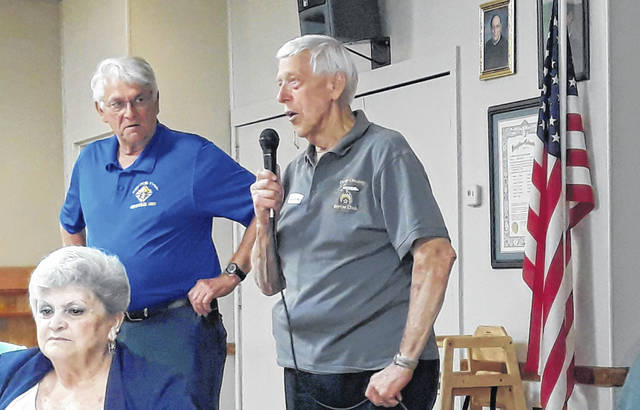