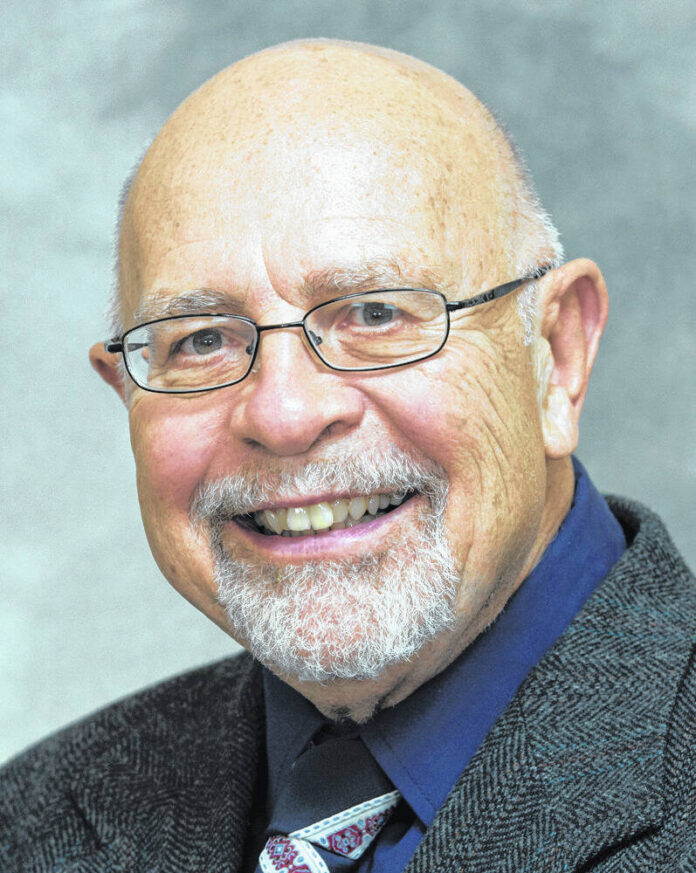 I became fascinated with the history of 19th century Chinese workers in America while conducting research for my historical novel, Sons of the Dawn: A Basque Odyssey.”

In one chapter, an Idaho buckaroo attempts to cut off the queue of a Chinese miner. The hero gives the bully a ducking in a horse trough.

For this column, I researched Chinese life in our area.

One story concerned two Chinese men operating a laundry from 1885 to 1887 in Union City, IN. They formerly worked in a laundry in Peru, IN.

The two workers were unlike.

Bow Hong was “ill-tempered, selfish and vicious” in his treatment of assistant Chung Long.

Their single-story store on Oak Street had a front room to greet customers and to store folded laundry. The two labored over washboards and a washtub in the back. They had a wood stove for heating irons. Summer temperatures made working conditions miserable.

The two slept on cots and cooked their rice dishes on the stove.

These hand laundries were profitable. It was some time before expensive steam-cleaning machines took over the market.

An 1886 ad for laundry machinery listed the price as $1,420.80—quite a lot when you got a shirt cleaned at the Chinese laundry for pennies.

Professional males needed their collars and cuffs laundered. If the collars started to wear, the workers turned them.

The laundry workers knew how to loosen grease and to bleach yellowing clothing.

The most common cleansing soap was like the soap my grandfather from Poland taught me to make on the farm 70 years ago. Our soap came from boiled pig fat and lye created with water poured atop wood-fire ashes.

The Chinese also had soaps made from harsh chemicals. Some endangered their health and damaged linens and fine shirts. The laundry sold the duds as rags.

Customers brought in their dirty clothing and soiled handkerchiefs. (My stomach drops thinking about the germs clogging the countertop).

In return, the Chinese workers gave a customer a ticket with Chinese lettering on it. If you lost the ticket, too bad. Your duds stayed until you found the stub.

In many cities, laundry associations tried to drive the Chinese out of business because the China immigrants typically charged so much less.

Union City’s citizens referred to the two Chinese laundry workers as Celestials. The term was a shortened form of the poetic phrase “Celestial Empire.”

Racists and newspaper editors used “Celestials” as a derogatory term.

So, after a terrible murder involving the two Chinese occurred , the Darke County Advocate’s headline on May 26, 1887 read like so: “Murder and Suicide—-A Celestial Sensation at Union City, Ind.”

The news upset the Union City community. Just one month earlier, a lynching of a black man in Union City, TN by a huge, crazed mob was incorrectly printed by many papers as happening in Union City, IN.

Outside the laundry building, neighbors reported screaming and a rip-roaring row around 3:30 a.m. on May 25, 1887.

When the sheriff arrived, he and another officer broke down the door. Bow Hong acted as his own executioner. He stabbed his midsection with a dagger and then eviscerated himself.

On the floor in a pool of blood was Chung Long. Bow Hong slashed him with a butcher knife and then buried an axe blade in his head.

A coroner was summoned from Winchester. The sheriff found hundreds of dollars and a pile of bank notes in the shop.

The coroner put together that Bow Hong wanted to start a laundry elsewhere that he outright owned. Apparently, Hong was paying fees to a brother who owned the Union City business but did no work.

The authorities contacted Sam Hong, Bow’s father, in Marion. He arranged for a burial. Friends came from as far as Dayton to leave bowls of rice and small remembrances on the graves.

In December of 1909, family members paid to exhume the remains. The bones of murderer and the murdered were shipped to China for burial.

I hope the return to their ancestral home quieted the spirits of the restless wanderers.