WASHINGTON, D.C. — On Tuesday, U.S. Sen. Rob Portman (R-OH) issued the following statement after the U.S. Senate voted to approve the Infrastructure Investment & Jobs Act by a bipartisan vote of 69-30. The bill — which Portman played a lead role in crafting — represents the largest investment in core infrastructure in American history.

“America’s infrastructure is in desperate need of repair and today’s vote brings the American people closer to more efficiency and safety in their roads, bridges, ports and other important assets. In addition, the Infrastructure Investment & Jobs Act will create jobs, increase productivity, and pave the way for decades of economic growth and prosperity — all without raising taxes or increasing inflation,” said Portman.

“Today’s vote is evidence of what the Senate can accomplish when we put the interests of the country and the American people ahead of partisan differences. This bill is the product of months of good-faith negotiations between Republicans and Democrats and I thank my colleagues on both sides of the aisle for their efforts. I’d like to offer my sincerest thanks to Kyrsten Sinema in particular, without whom none of this would have been possible.

“Presidents and Congresses have talked about truly modernizing our nation’s infrastructure for as long as I can remember. Today, the United States Senate delivered. Now I call on the House of Representatives to expeditiously pass this critical piece of legislation so we can finally deliver to the American people the safe, reliable, and modern infrastructure they deserve,” Portman said.

A summary of the bill can be found at https://bit.ly/3lLdYaC. 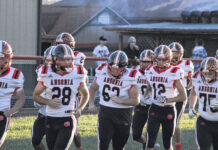 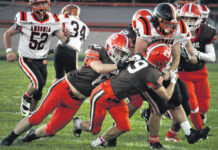