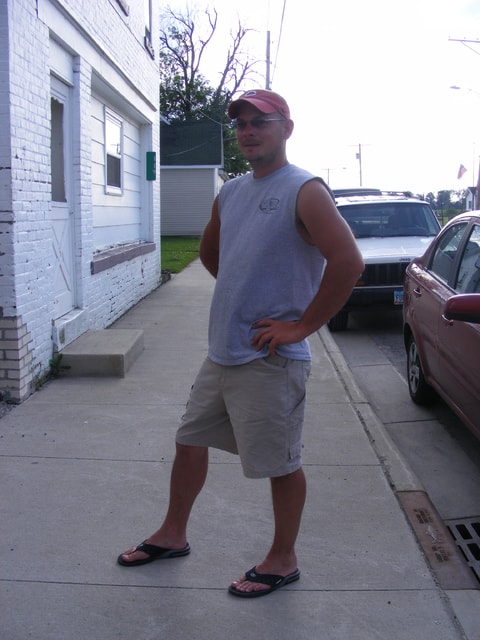 Festival-goers lined up for the food, which included barbecued chicken and homemade ice cream, at Saturday night’s Fireman’s Social in Rossburg.

ROSSBURG — The 59th annual Fireman’s Social in Rossburg has been deemed “a huge success.”

Once again, there was a lot of family fun to have on this busy weekend, especially in the northern part of Darke County.

The band, The Decades, sang songs from the 1950s and 1960s on their first-ever visit to the social. The group is from the Lima/St. Marys/Wapakoneta area and provided much nostalgia during their performance.

Nearby was Paul Mueller, of New Weston, known for the preparation of chicken and pork chops, among other foods items at different events, who brought his kettle corn machine and made some to sell at the social.

One of the many attendees at the festival was 92-year-old Gertie Van De Pitte, of Union City, Ohio, who formerly lived in Rossburg for many years. Her son-in-law, John Newbauer, brought her to the event, where she got to enjoy the barbecued chicken and witness other things that went on throughout the evening.

The raffle, which featured 60 prizes, concluded the festivities.

Proceeds from the event benefit the Rossburg Fire Department.

Fire Chief Doug Cothran and the firefighters at Rossburg expressed gratitude to all who attended the event and helped in any way.