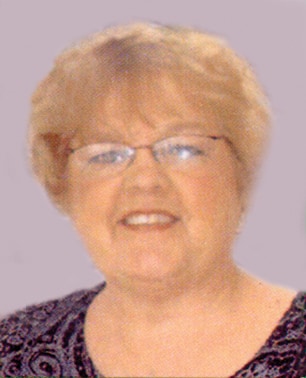 “Edible Landscaping and More…” was the theme of the Ohio Association of Garden Clubs annual convention held recently at Maumee Bay Lodge and Conference Center in Oregon, Ohio.

Members of OAGC could enjoy lots of fresh-air fun and encounter Ohio’s native flora and fauna at Maumee Bay State Park. It is a picturesque Lake Erie destination perfect for family vacations, reunions, and spiritual retreats.

Others were “Compost,” “Carving Veggies/Fruit” and “Garden Tricks.” Also offered was touring two area gardens as well as visiting garden centers. We were treated to an evening program by two OAGC members, “Delicious Designs,” which was a humorous but informative program on centerpieces to be made for a healthy lunch or dinner.

Our family has had the great opportunity to be a part of OAGC for 63 years. My mother, Louise Sheffer, became a member in 1952. I followed in 1975. Our daughter Kim Cromwell joined the Ladybug’s in 1985, our granddaughter Sara (Cromwell) Allread, a member of the Butterflies Junior Garden Club at the time, joined in 1993. Now we have great-granddaughter Audrey Allread as a member of the junior club and she had the opportunity to attend convention with Donn and myself for the first time.

All five generations have been winners at the convention either in the flowers shows or have been chosen by the executive board to be awarded state recognition for our work.

This year Audrey exhibited in the artistic flower show with entries in classes “In the Beginning” a plaque featuring seeds; “Summer Labors,” and design featuring garden tools and “Varmints in the Garden,” a creature not to exceed 12 inches using vegetable and/ or fruit and/or flowers.

Audrey exhibited roses, hosta, and other spray, spike or round form flowers, a potted plant of Streprocarpella for horticulture. She received two Awards of Merit and the Junior Sweepstakes Award.

The free time we had was enjoyed by Audrey and Great-Grandpa Donn doing bike rides around the park, swimming indoors and outdoors, wading in Lake Erie and walking the Boardwalk. The Boardwalk was around two miles through the wetlands where deer and other wildlife plays. A pair of twin fawns was spotted that was Audrey’s highlight along with swimming.

Our young gardener is starting down her garden path and looks forward to convention in 2016.