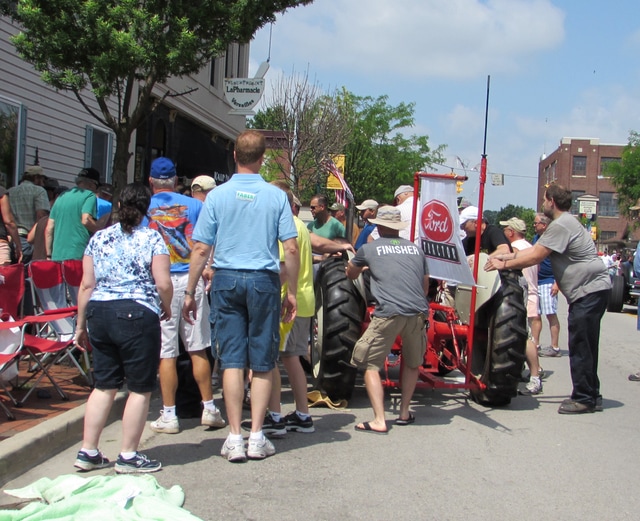 At least eight spectators were injured, two children and two adults were seriously injured and were airlifted. A witness on the scene reported that a man was struck by the tractor and pinned up against the building.