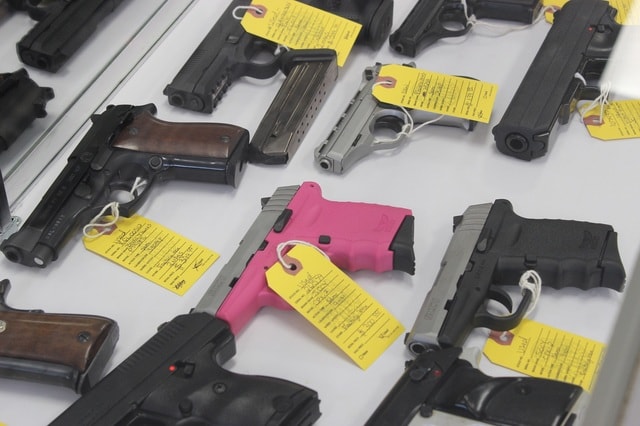 An amendment to Ohio’s budget bill would eliminate media access to the personal information of concealed handgun license holders.

DARKE COUNTY — Should the media continue to have access to the names and addresses of concealed handgun license holders in Ohio?

One legislator in the Ohio General Assembly says, “No.”

State Senator Joe Uecker, representing Ohio’s 14th Senate District, has proposed an amendment to Ohio House Bill 64, the budget bill currently under consideration by the Senate, which would eliminate media access to the records in possession of Ohio sheriffs.

The amendment to the bill would remove the “journalist access exception to the general prohibition against the release of confidential records a sheriff possesses relative to the issuance, renewal, suspension, or revocation of a concealed handgun license.”

“The ONA has no position on whether Ohio should have concealed carry permits,” he said. “However, once government decides to create a record, the law in Ohio couldn’t be clearer that it is an open record unless there is a compelling reason to close it.”

Hetzel asserted, “There is no convincing reason as to why county sheriffs should be allowed to maintain secret databases of permit holders — or revoked permit holders — available only to government officials with no transparency or meaningful outside scrutiny of how they’re operating the program.”

Referring to a recent case in which striking teachers sought the personal information of replacement teachers, Hetzel said, “The Ohio Supreme Court just ruled in a case out of Strongsville in Cuyahoga County that there must be real evidence to support the closure of a public record, not vague concerns. This new language runs completely afoul of that decision.”

Hetzel calls the law as it currently exists “restrictive” and said it is “impossible for any journalist in Ohio to do what has sparked controversy at times when media outlets have published long lists of permit holders.”

“It’s a solution looking for a problem,” he said.

Though sponsor of the amendment, Uecker admits the struggle between transparency and privacy is not an easy one to reconcile.

Uecker said, “This is a complex and controversial issue. There is still plenty of time for debate and hearings before this goes to the Senate for a vote and we’re doing just that.”

“There are a lot of people in the media, who, while they believe concealed carry holders should have their names and addressed printed, there are plenty of others who believe this violates their 2nd Amendment rights and their right to privacy,” he said.

Uecker asserts, however, that the media will still have access to the information if it serves, as he terms it, a “reasonable purpose.”

“The bill does allow for a court order to open that permit,” he contends, “so should there be an instance in which a party needs to find out a person’s concealed carry license status, they can go before a judge and let a judge decide if their reasoning and purposes override that person’s constitutional right to privacy.”

“It’s been demonstrated in the past that if you expose where someone has a concealed carry permit, you expose that person to a situation where homes may be broken into and goods taken,” he said.

Joe Eaton, treasurer and board member of the Buckeye Firearms Association (www.buckeyefirerams.org), agrees.

“There has never been a demonstrated public benefit for the media or others to be able to identify, demonize, or publicize people who are simply choosing the best tool possible to keep themselves and their families safe,” said Eaton. “The majority of these persons are simply honest Ohioans whose safety is already in jeopardy or ones who have decided that returning home each day to their family is a better choice than being a defenseless victim of crime.”

Eaton pointed to instances in which media outlets published, en masse, the names and addresses of concealed carry license holders. Locally, he specified articles published by the Sidney Daily News in 2004 which revealed the personal information of Ohioans who had applied for licenses with the Shelby County Sheriff’s Office.

“In regards to the wholesale printing of [concealed handgun license] holders, our objections remain,” said Eaton. “There is no public benefit from this being available, the only use as we have seen is to attempt bring unwanted attention to persons with CHLs.”

As it stands, reporters in the Buckeye State confront strict informational roadblocks. According to the Reporters Committee for Freedom of the Press, a press advocacy group, Ohio is characterized as a “limited access” state in regards to how it handles concealed carry holder information.

Chief Deputy Mark Whittaker of the Darke County Sheriff’s Office confirms that county sheriffs are highly restricted by state law as to what information they can offer, and to whom.

Whittaker told the Daily Advocate, “The current law in Ohio, 2923.129(B)(1), states that the documents associated with applying for a concealed handgun license ‘are confidential and are not public records.’ However, the next subsection of this law, 2923.129(B)(2), states a journalist may submit to a sheriff a signed written request to view the name, county of residence, and date of birth of each person who has been issued or renewed a concealed handgun license as well as those who have been suspended or revoked.”

Whittaker added, “The Darke County Sheriff’s Office follows the law as paraphrased above. If a member of the public were to request access to this information, the request would be denied based on this law. If a journalist made a proper request according to law, then they would be granted access to view the information mentioned in the law.”

“It should be noted that the records we do have on file are mostly comprised of a person’s application only. The reason for this is because under Ohio law 311.41 most records used to determine an applicant’s eligibility to receive a concealed handgun license are destroyed within 20 days of making that determination.”