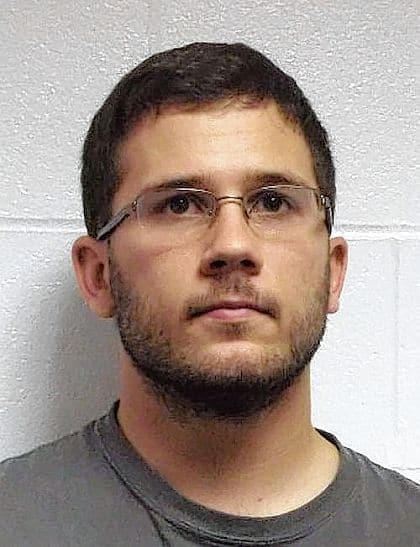 Robert Dean Lewis, 26, was working as a jail trustee, cleaning the lobby of the jail around 3:20 a.m. When the jail officer went to gather trash from the restroom, Lewis ran out the front doors.

He was seen on surveillance video captured Lewis heading south from the jail wearing a yellow jail jumpsuit with “trustee” on the back.

Lewis is 5 feet, 6 inches tall and weighs 185 pounds. He has brown hair and brown eyes.

The Sheriff’s Department had no additional information about Lewis’ whereabouts as of Monday afternoon, according to a dispatcher.