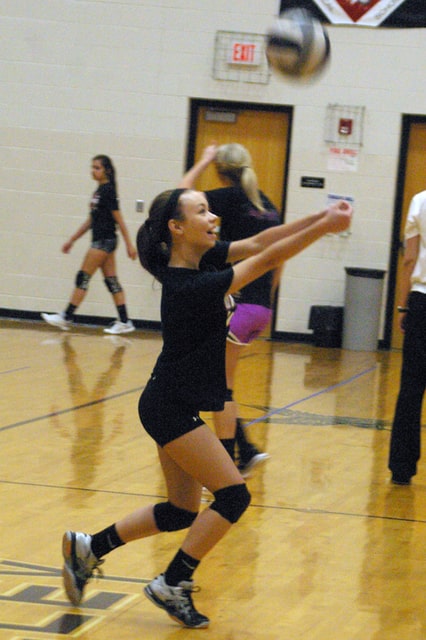 A total of 20 girls, including a couple from the Indiana side of Union City, participated in Mississinawa Valley’s four-day volleyball camp.

“I think they did excellent,” Mississinawa Valley varsity volleyball coach Billie Hunt said of the players’ performance at the camp. “I think Matchpoint gave us some … maybe not totally new things but just threw some drills in that were different that got them passing lower and pushing them to talk more and do some of those things.”

The club coaches asked Hunt wanted she wanted to see her team work on throughout the week, and the Lady Hawks’ coach had them focus on passing and serve receive.

The players were very receptive to the camp and seemed to progress a lot, Hunt said.

“Everything I’ve kind of heard from different ones have been positive so we’ll probably look at maybe doing this again next year,” she said.

Mississinawa Valley went 10-12 last season, including a 5-7 mark in Cross County Conference play. The Hawks have five seniors to replace from that squad and are working to get ready for the upcoming season.

Mississinawa has had a group of girls consistently working together in the summer, Hunt said, which makes her confident that they’re heading in the right direction.