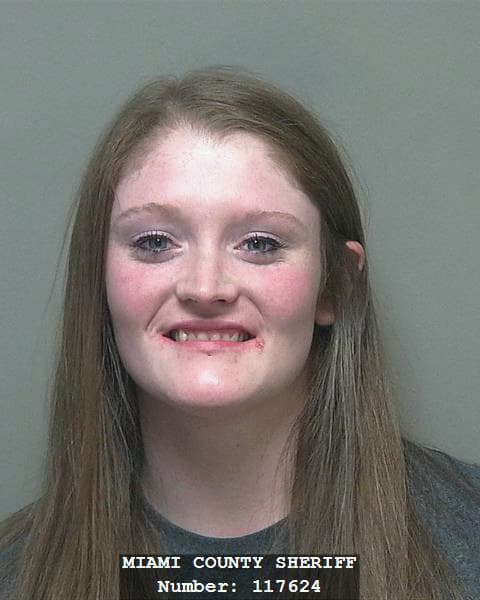 Richard Terrel, 35, of Tipp City enters the Miami County Courthouse on Thursday to be arraigned on charges that he murdered William York, Sr., 88, earlier this month.

A Miami County Grand Jury indicted Terrel on murder charges. Officials ruled York’s cause of death as blunt force trauma to the back of the head.

Earnshaw-York on Monday was indicted on charges of gross abuse of a corpse and tampering with evidence.

Their arraignments are scheduled for July 2.

Miami County Prosecutor Anthony Kendell said the indictments were filed in Miami County Common Pleas Court indicting Terrel on the charge of murder, plus felonious assault, gross abuse of a corpse and tampering with evidence.

“It’s despicable,” Kendell said Monday. “I’ve been doing this for a very long time and once you’ve think you’ve seen it all, something comes along that throws you back a little bit. It’s always difficult to see and be involved with and try to see why people do things to people like this. It’s just beyond comprehension.”

Kendell said he has spent several weeks with the law enforcement agencies, calling the case “a tragic thing.”

“We’re going to strive to get the maximum penalty under law,” Kendell said.

Kendell said Terrell could face 34 years to life in prison if convicted of the crimes. Kendell said it is not a death penalty case.

York faces a maximum of six years in prison for her role in her grandfather’s death.

Kendell said there are other charges not directly related to York’s death that may be filed at a later date.

Both York and Terrel are incarcerated in the Miami County Jail on charges of receiving stolen property from the alleged theft and sale of York’s guns in May.

Kendell commended the detectives and law enforcement agencies who assisted in the case, which crossed state lines, finding York’s body in a sleeping bag in a river in Boone County, Ky., on June 3. Earnshaw-York and Terrel were stopped in York’s truck in Butler Township and arrested on June 3.

“It’s been a collaboration between several law enforcement agencies, particularly Tipp City Police Department and the Miami County Sheriff’s Office and we’ve had some federal agencies involved — it has just went like clockwork,” Kendell said Monday. “There’s been great cooperation between the departments and together they put together a very good case.”