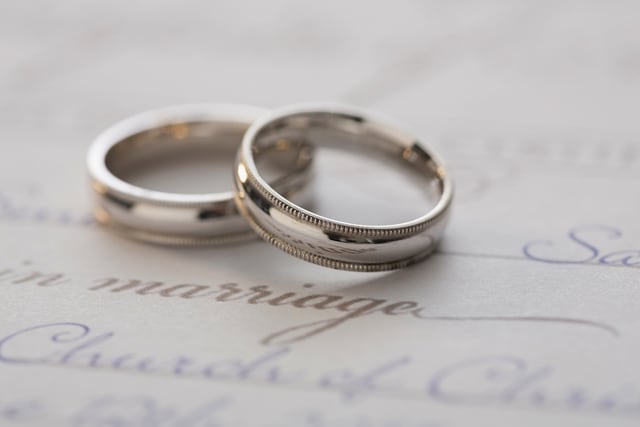 Gay and lesbian couples already can marry in 36 states and the District of Columbia. The court’s ruling means the remaining 14 states, in the South and Midwest, will have to stop enforcing their bans on same-sex marriage.

Ohio’s ban was passed by voters in 2004. The ruling overturned a 2-1 opinion issued last November by a 6th U.S. Circuit Court of Appeals panel in Cincinnati that heard arguments last August on cases from Ohio, Kentucky, Michigan and Tennessee.

The Supreme Court’s decision on the case, Obergefell v. Hodges was based on a same-sex couple from Cincinnati who married in Maryland and their desire to have the State of Ohio recognize their marriage on one of the men’s impending death certificate.

“We wanted the State of Ohio to recognize our lawful Maryland marriage on John’s [Arthur] impending death certificate. We wanted respect and dignity for our 20-year relationship, and as he lay dying of ALS, John had the right to know his last official record as a person would be accurate. We wanted to live up to the promises we made to love, honor, and protect each other as a committed and lawfully married couple,” said Jim Obergefell.

After the ruling, Gov. John Kasich said the decision by the U.S. Supreme Court in favor of gay marriage must be respected.

Kasich, a Republican, says he has always believed in the sanctity of marriage between a man and a woman. But he said Friday that the high court has spoken.

Ohio Attorney General Mike DeWine said his office stands by its argument that the issue of gay marriage should be ultimately decided by voters.

DeWine’s said in a statement after the ruling that his office has an obligation to defend Ohio laws, the state’s voter-passed 2004 ban on gay marriage.

“Ohio’s involvement in this case has been to defend the voter-passed amendment,” DeWine said in a statement after the ruling. “While Ohio argued that the Supreme Court should let this issue ultimately be decided by the voters, the Court has now made its decision.”

“The Attorney General’s Office has an obligation and duty to defend the constitutionality of Ohio laws, including constitutional amendments passed by Ohio voters. Ohio’s involvement in this case has been to defend the voter-passed amendment. While Ohio argued that the Supreme Court should let this issue ultimately be decided by the voters, the Court has now made its decision.”

“All human beings are created equal by God and thus deserve to be treated with love, dignity and respect. I am, however, disappointed that the Supreme Court disregarded the democratically-enacted will of millions of Americans by forcing states to redefine the institution of marriage. My views are based on my upbringing and my faith. I believe that marriage is a sacred vow between one man and one woman, and I believe Americans should be able to live and work according to their beliefs,” he said.

Portman in 2013 announced he was changing his position to support same-sex marriage in the aftermath of his son Will’s disclosure to him and his wife that he is gay.

He said he would have preferred that the issue be resolved by the democratic process because that builds a lasting consensus. But he says he hopes the ruling means “we can move past the division and polarization the issue has caused.”

Some conservatives opposed to same-sex marriage have said they won’t support Portman in his 2016 re-election bid.

The Roman Catholic archbishop of Cincinnati said the high court disregarded the will of voters in Ohio and other states as well as the understanding of marriage shared by virtually all cultures until recently.

“Every nation has laws limiting who and under what circumstances people can be married,” Archbishop Dennis Schnurr says in a statement. “This is because lawmakers have always understood that marriage does not exist just for the mutual satisfaction of the two people involved but for the betterment of society.”

Schnurr, who oversees a diocese of 500,000 Catholics in 19 counties, calls “traditional marriage is the cradle of the family, the basic building block of society”.

Whaley told them: “I declare that you are now husband and husband according to the laws of the state of Ohio.”

They sealed the deal with a kiss and a hug, then ended the five-minute ceremony by sharing a celebratory cupcake provided by the mayor.

Forty-four-year-old Rob Rivera and 34-year-old Dan Seifried of Cleveland Heights were the first pair to apply for a marriage license in the county court following the ruling.