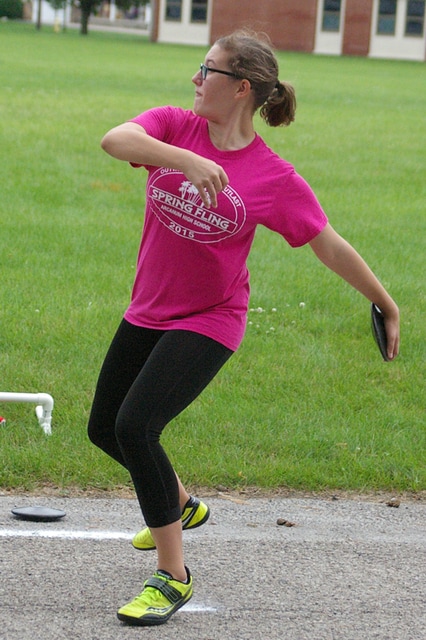 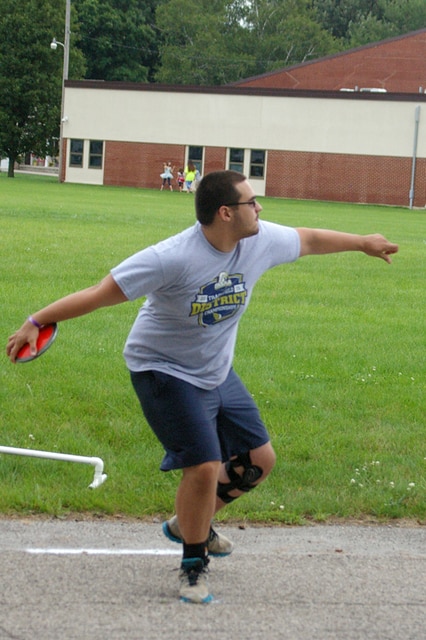 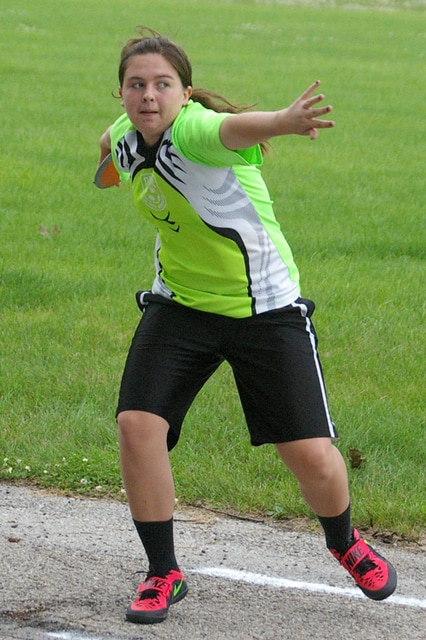 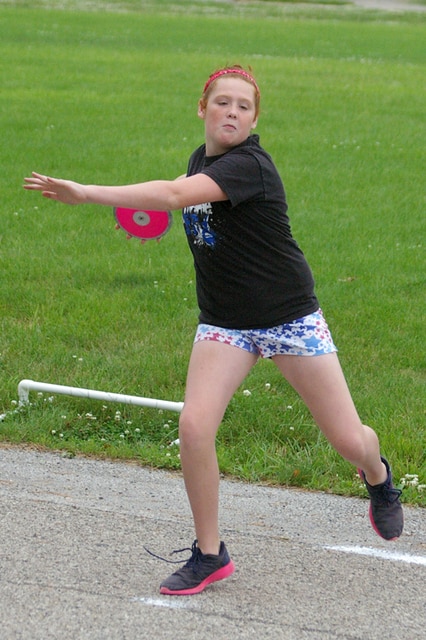 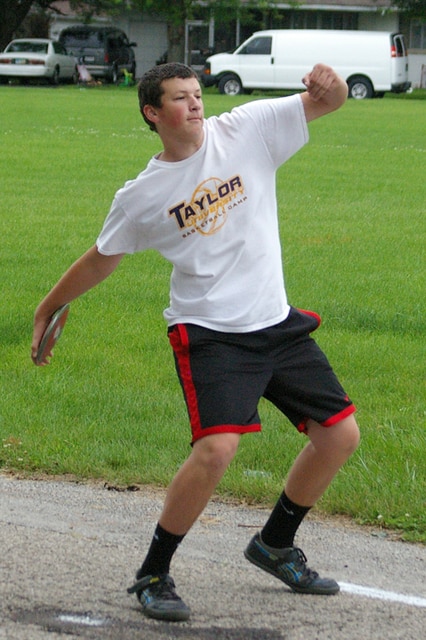 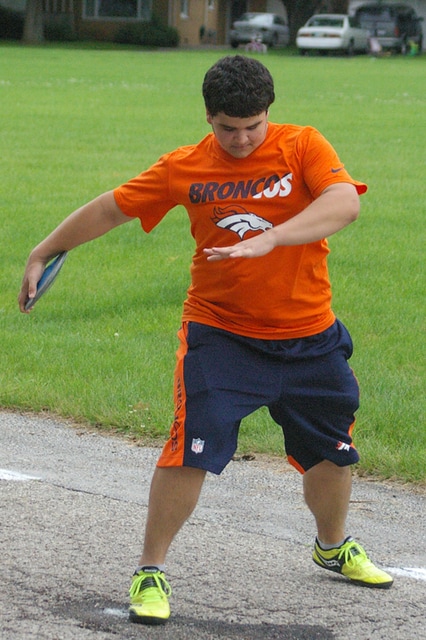 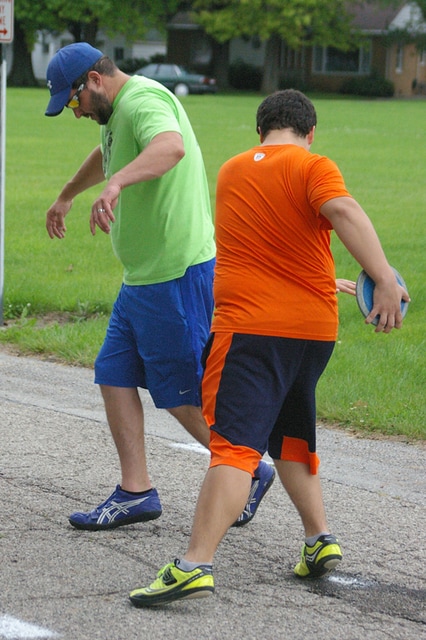 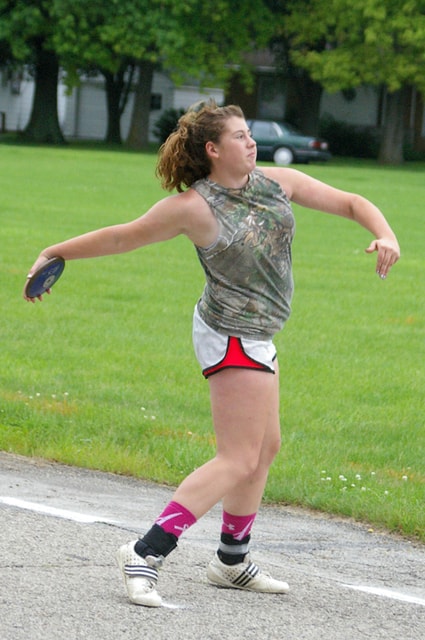 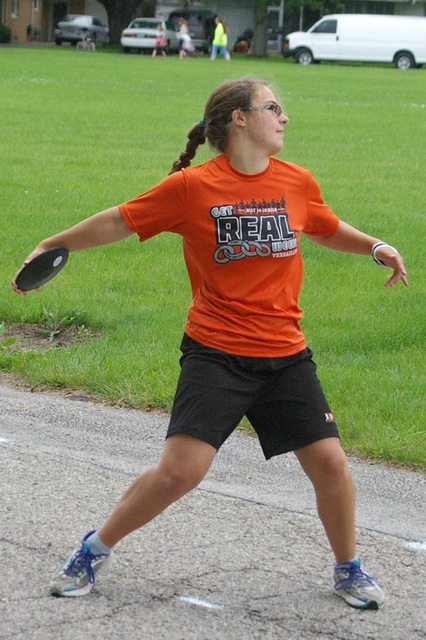 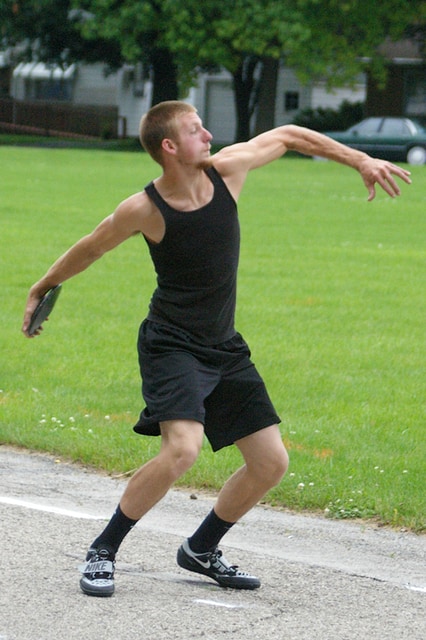 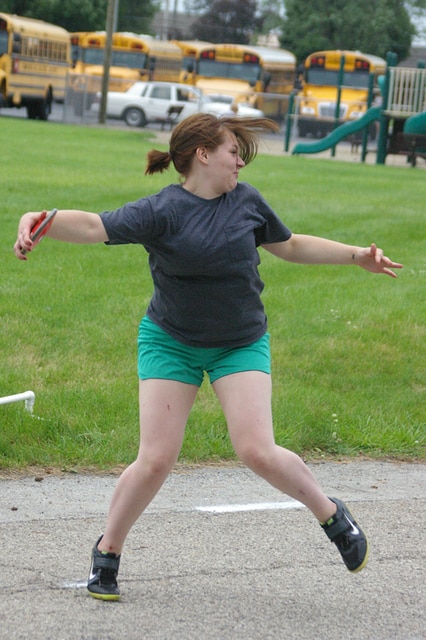 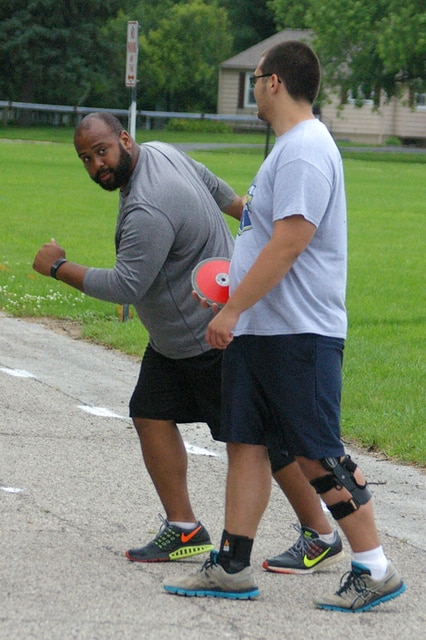 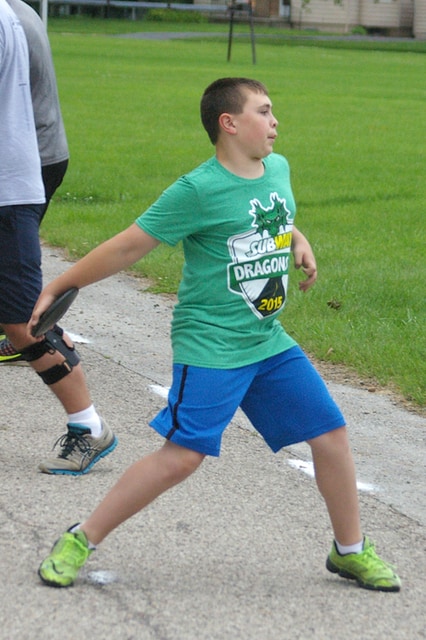 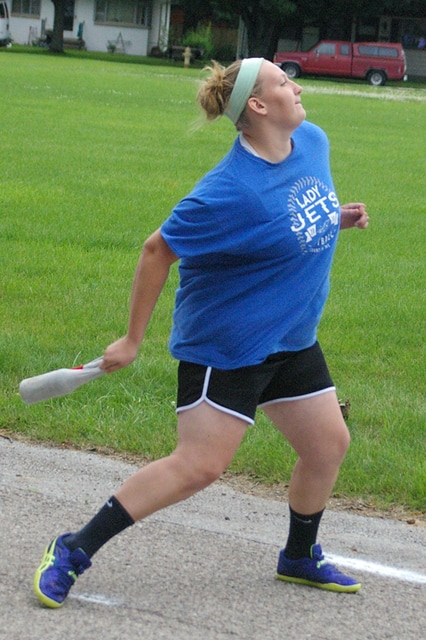 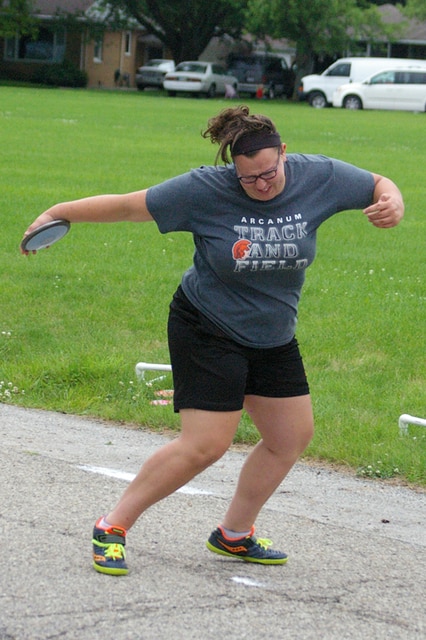 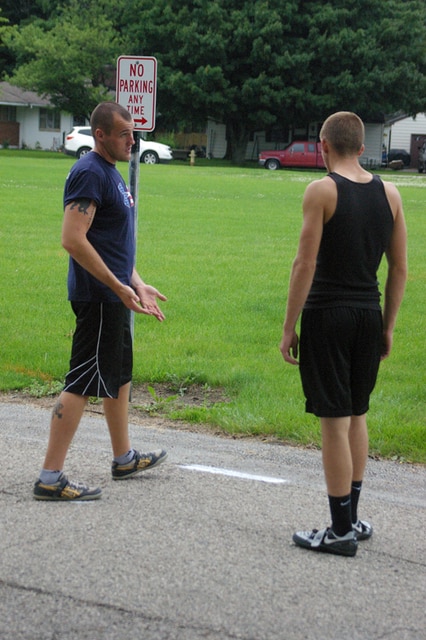 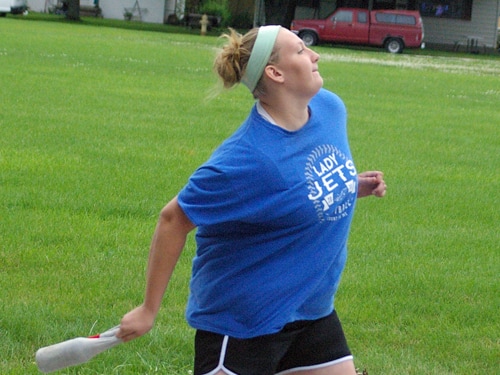 ARCANUM – The Arcanum and Franklin Monroe track and field programs joined together to host the 2015 Darke County Throws Camp in June and July at the schools.

Arcanum throwing coach Theo Whitaker and Franklin Monroe head track and field coach Rick Ingold led the two-week camp, which focused on shot put for one week in June at Franklin Monroe and discus this past week in Arcanum.

“It’s been a real good experience,” Whitaker said. “I’m glad Coach Ingold and I got together and decided to do this camp.”

Both Arcanum and Franklin Monroe had athletes – Arcanum’s Erica Zimmer and FM’s Nicole Berry – qualify for the Ohio High School Athletic Association state track and field meet in shot put this past season. Both girls attended this summer’s camp along with other athletes of varying experience including high school athletes and a couple junior high athletes.

With about 15 athletes in attendance, the coaches were able to provide lots of personal coaching to the athletes and build from fundamentals up to advanced techniques.

The coaches also got help from Hilliard Darby boys track and field coach Matt Fox, who was a teammate of Ingold on the Ohio Northern football team.

Having extra coaches to train the athletes, who mostly were from Arcanum and Franklin Monroe, was beneficial to all the campers, who also picked up on techniques and learned to coach themselves.

The coaches saw a lot of progress from the athletes throughout the two weeks, which will benefit them and their teams greatly next year during the track and field season.

“It’s been awesome,” Ingold said. “These kids more than anything has been really willing to learn. They come excited and with kind of just a rejuvenated attitude every single day, and they’re ready to go. They’ve learned a lot.”