Infant mortality is measured as deaths of live-born babies before their first birthdays. The three leading causes of such deaths in Ohio are prematurity or pre-term births, sleep-related deaths and birth defects.

The state’s black infant mortality rate has decreased significantly from 1990 to 2013. But the new numbers continue to show that black infants die at more than twice the rate of white infants in Ohio.

Health officials said the latest figures do not capture the impact of state initiatives over the last few years that take aim at the problem. Such efforts include public awareness campaigns, smoking cessation programs and improved tracking to identify communities with the highest rates of infant mortality.

“We are making progress, but we all must do even more to save babies’ lives,” Rick Hodges, the state’s health director, said in a statement. “Much has been done over the last two years and we are waiting for that data to be measured.”

The Health Department has partnered with a national organization of city and county health departments’ maternal and child health programs to improve birth outcomes in nine metropolitan areas of the state. Those areas account for 95 percent of the state’s black infant deaths and 49 percent of its white infant deaths. The nine communities are Butler County; Canton/Stark County; Cincinnati; Columbus; Cleveland/Cuyahoga County; Youngstown/Mahoning County; Dayton/Montgomery County; Akron/Summit County; and Toledo/Lucas County. 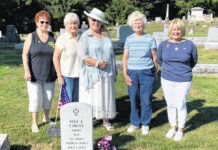