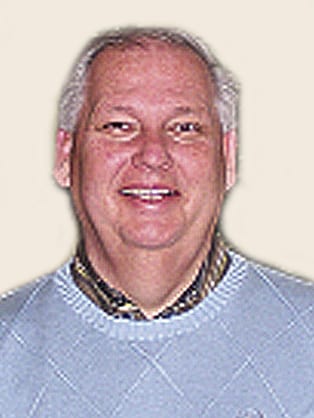 Growing up in Ironton, Ohio … I spent my first- through sixth-grade years as a student at Campbell Elementary School. During those years at Campbell, I spent many, many recesses on the playground playing tag, Red Rover, tether ball, marbles and other games.

For some of the games, we would sometimes divide into teams. The usual procedure was to choose two captains who would then alternate in choosing the rest of us to be on their team The best players were always chosen first and then on down the line to the very least!

I certainly was not a great ball player and so I was never chosen first…but neither was I considered a reject!

You know, in looking back to those playground memories, it never occurred to most of us how much it must have hurt to be the very last one selected – – knowing that they really weren’t wanted by either team. I wonder what it was like for him or her to go home and to be asked by their parents, ‘How was your day at school?’

One of the most significant words in the Bible is also one of the shortest… just three little letters… it’s the word: ALL. While it appears in some of the ‘bad news’ portions of scripture such as Romans 3:23 (‘ALL have sinned and fall short of the glory of God.’), it also appears in the ‘good news’ verses such as 2 Corinthians 5:14, (‘One died for ALL.’)

When Jesus Christ died on the cross … He died for ALL the sins of ALL the people of ALL history!

Pontius Pilate, the chief priests, the Pharisees, the Roman soldiers – – no matter how they treated Him, He treated them with unconditional love by bearing the death penalty for their sins. He died for them!

No one is left out!

No one is so evil, so corrupt, so deep in sin, so rejected that Jesus was not willing to give His life for them.

So, how about you? Do you express unconditional love to those you come in contact with every day or are you selective with whom you share your love with?

How about your church? Does your church family show unconditional love to ALL who enter the doors? Is your church accepting of everyone, or is it selective?

My prayer is that you and I and our churches will be channels of God’s uncompromising and unconditional love to everyone we see.

God has chosen us and we’ve not been left out. LET’S MAKE SURE NO ONE ELSE IS LEFT OUT EITHER!

May His love shine through you!!