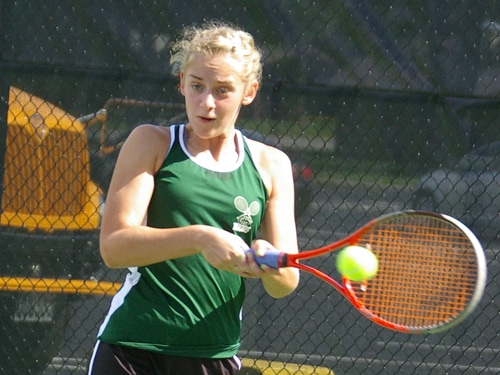 “They played hard,” Koontz said of the Greenville girls. “They gave it all they had. A lot of the games were close. It’s about what I expected.”

“We lost like four seniors plus the (Raquel Navas-Davis) girl, who moved to Findlay,” Koontz said. “That was the No. 1 player in the conference. I knew it would be kind of rough starting off. But I think they’re a bunch that is going to keep working hard and they’re not going to give up.”

In junior varsity action Marabelle Lance won a singles match against Beavercreek while the duo of Jordyn Warner and Rose Blocher won in doubles.

Greenville will return to action with matches at Celina on Wednesday and at Wayne on Thursday. The Lady Wave return home for a match against St. Marys on Friday.