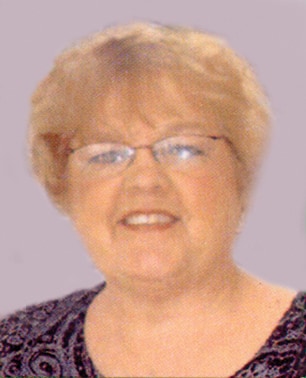 Fall decorating has begun – everyone is thinking mums!

Chrysanthemums, or mums, have a lot going for them. They are showy flowers ranging from lemon yellow and dark orange to a rosy pink and ruby red. Each autumn gardeners go to their garden centers or nurseries wanting that special plant.

But not many mums available for sale today are those our grandmothers grew as far as living over the winter months – mums are now considered an annual plant.

Mums that are forced to bloom in a greenhouse and planted in the fall almost never overwinter, because they don’t have time to become established and harden off.

Up until the 1960s, all mums used to be very cold-hardy. They would come back in our Zone 5 year after year. Through the years, companies started breeding them for more colors and flower forms; they have bred the hardiness out of them. Now they are only borderline hardy in this zone.

Most of the breeders just kind of forgot about hardiness and bred them for fall color.

Most mums planted in September are planted too late in the season. They are in bud or flower and all their strength is going to those flowers and seed production. There isn’t enough time or energy to produce roots that go out into the garden soil before the heavy frosts hit. Without strong roots in the soil, the plant will probably die over the winter. This is why fall mums are considered annual mums.

Dozens of cold-hardy perennial mums have now been developed to withstand winters from Zone 3 to 9 and some are available through garden centers. They include Autumn Fire, Burnt Copper, Centennial Sun, Golden Jubilee, Inca, Lemonsota, Maroon Pride, Minnruby, Rose Blush, Royal Knight, Snowscape and Zonta. Other hardy mums include Harmony, Rhumba, and the Mammoth daisy series, a large mounding perennial that comes in orange, lavender, yellow and red. The Mei Kyo mum, who has small lavender flowers, and the Mary Stoker mum, who has soft apricot-colored flowers, can also be hardy to zone 5.

If you want to have a shot of trying to keep them over the winter, plant them in the spring. You probably have to search local garden centers to find mums in the spring time but by the time fall rolls around they will be well-established plants that will put on a show that surpasses mums forced into bloom. You then can encourage your established mums to overwinter successfully by cutting back the foliage to 3 inches after the first hard frost. When the ground freezes, mulch the plants with a double layer of evergreen boughs.

So look at the tags when you buy your mums -try to get a variety that will overwinter and come back in the spring, just like your grandmother’s did!