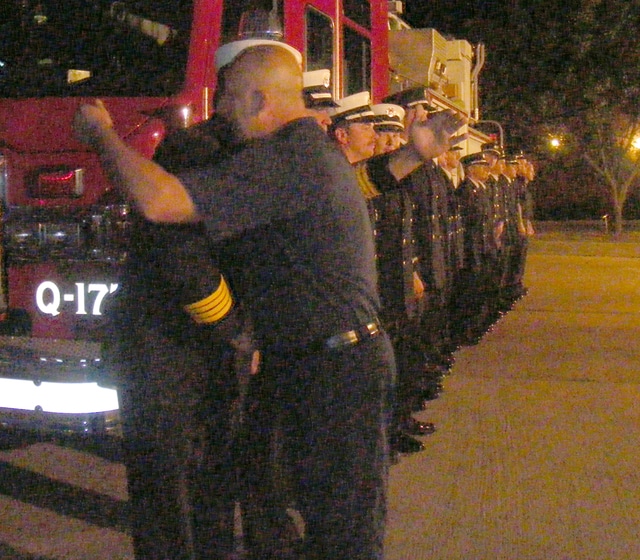 GREENVILLE — Mike Hohler is the third Greenville Fire Department member this year who has retired, and he received his “Ride Home” aboard a fire engine at 7 a.m. Monday.

Why did he retire?

The son of Nancy and the late Ron Hohler, he said his most memorable fires were the one at the Snapper warehouse, the one at the fairgrounds and an arson fire on Fourth Street, the latter of which he was in charge.

Hohler graduated high school on a Friday, and left for the military the following Monday. He spent eight years in the U.S. Army as a member of the 75th Rangers Regiment in 1989.

“I served in Panama and was in on taking out Noriega,” he said.

His interest in firefighting came, he said, when he got involved with a volunteer fire department in Georgia, near Fort Benning during his military days.

“I really liked it and got interested,” Hohler said. “I’ve been doing it ever since.”

His plans in retirement?

“Play golf….the pleasure of retirees,” said Hohler, who had worked part-time for three years for the Union City Fire Department years ago. “I will find a part-time job to keep myself busy. I’m too old to do the [firefighting] job and too young to sit around the house. I would like to do some garden work and learn how to dress myself in more than just one uniform.”