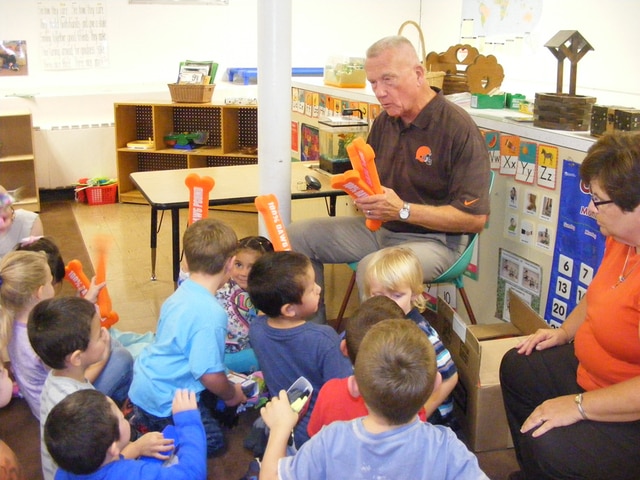 Six children were presented with socks in the morning class and 15 received them in the afternoon class.

“Our [the Browns Backers’] goal is to help kids,” Stahl said. “They need some help. Kids could always benefit from additional socks. It went over well last year and we decided to do it again this year.”

During his visit, the children had the opportunity to ask him questions, while he told them the duties of his position as mayor.

Before, during and after they received the sponge bones, which read “100 percent Dawg Pound,” the youngsters were barking and waving their sponge bones.