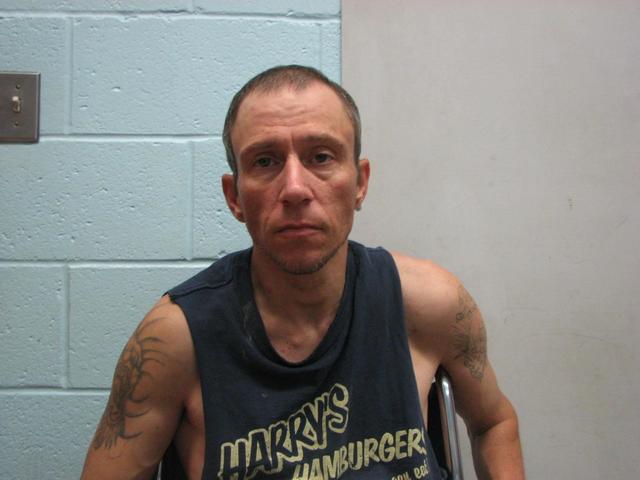 In the late hours on Oct. 8, the Union City Ohio Police Department arrested David Steen, of Union City, Ohio, on an indictment for trafficking methamphetamines.

A lengthy investigation of Steen was conducted by the UCOPD after several community members had expressed concern about the activities at his residence on East Caroline Street. While executing the arrest warrant on Steen, officers continued their investigation and located several items of drug paraphernalia and marijuana plants in his residence.

Further investigation took officers to another occupant on the property who was in possession of methamphetamines.

Joshua Sims, who had previously been arrested by the UCOPD for possession of methamphetamines following a traffic stop in July 2015, was once again arrested Thursday.

Both Steen and Sims were placed under arrest and taken to the Darke County Jail. Both are being held without bond awaiting their arraignments. Sims is being held on a charge of illegal conveyance of drugs of abuse, a third-degree felony, and Steen is being held on two counts of trafficking in drugs, fourth-degree felonies.

Anyone with information regarding illegal drug activities in Union City is asked to contact the UCOPD.

“It takes everyone in the community to take drugs off of the streets and make Union City a safer place to live,” police representatives said in a press release.

The Darke County Sheriff’s K-9 team assisted during the arrests, as did a member of the Union City Indiana Police Department.

“Even with extreme budget cuts, the Union City Ohio Police Department has vowed to fight the battle on the home front by taking drug dealers and users off the streets and putting them in jail,” the press release stated.