COLUMBUS – Ohio Secretary of State Jon Husted, joined by victims’ advocates and members of the Ohio House and Ohio Senate, recently announced a legislative effort to establish an address confidentiality program in Ohio to provide stronger protections for the victims of domestic violence, human trafficking, sexual battery and other violent crimes.

House Bill 359 sponsored by State Representatives Mike Duffey (R-Worthington) and Anne Gonzales (R-Westerville), and a soon-to-be introduced Senate version, sponsored by State Senators Peggy Lehner (R-Kettering) and Sandra Williams (D-Cleveland), would authorize the Secretary of State to shield the personal information of an individual if they have been the victim of domestic violence and believe their attacker may use public information in order to locate them.

“There are places in this world where people are afraid to participate in the political process out of fear for their health and wellbeing – The United States should not be one of those places,” Secretary Husted said. “No Ohioan should ever have to make the decision between their personal safety and their personal freedoms and by giving these victims the opportunity to shield their identity from the voter rolls, we can make it so they never have to make that choice.”

The address a voter uses on their voter registration is, by statute, a public record and logged within their county’s voter rolls and reported to the Secretary of State for inclusion in the Statewide Voter Database. Victims’ advocates report that individuals who have been subject to violent crimes will commonly choose to not register to vote for fear that their attacker may be able to locate and harm them.

“Escaping a violent relationship is a dangerous process and the most dangerous time for victims is when they choose to leave,” Ohio Domestic Violence Network Executive Director Nancy Neylon said. “An address confidentiality program can be a critical component of safety planning for victims who fear further abuse or even lethal retaliation.”

Under the legislation, victims will be able to apply to receive a separate address from their residential address that they can provide to other government agencies in order to prevent their place of residence becoming public. The Secretary of State’s Office will redirect a victim’s mail to their actual residential address on a daily basis.

Once they’ve completed their application, victims’ personal information will also be omitted from the public-facing version of the Statewide Voter Database.

To ensure program participants can easily cast a ballot without problems while maintaining the confidentiality of their address and personal information, each individual will be issued a unique identification number that can be used to request and cast a ballot. The proposed legislation establishes a clear procedure on whom at the county boards of elections will be able to handle and process ballots cast by program participants to ensure their information is not compromised.

“We know that the severity of violence increases exponentially for domestic violence victims when they seek help,” said The Center for Family Safety and Healing President Karen S. Days. “In fact, the homicide rate for victims is said to increase by 75 percent when help is sought. This alone is a compelling case to have a victim’s identity protected.”

Participants may cancel their involvement in the address confidentiality program at any time by notifying the Secretary of State.

The Secretary of State’s Office will absorb the cost associated with administering this program. However, the legislation does allow courts to assess fines to individuals sentenced for domestic violence, stalking, rape, and certain other crimes that can be used to help offset costs. Fines would range from $70 to $500.

“I want to thank Representatives Duffey and Gonzales, as well as Senators Lehner and Williams, for their work on this issue,” Secretary Husted said. “I am hopeful that their bipartisan leadership on this issue will help to rally support from their colleagues in both chambers for quick passage.” 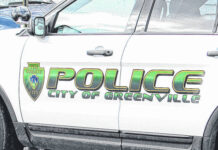