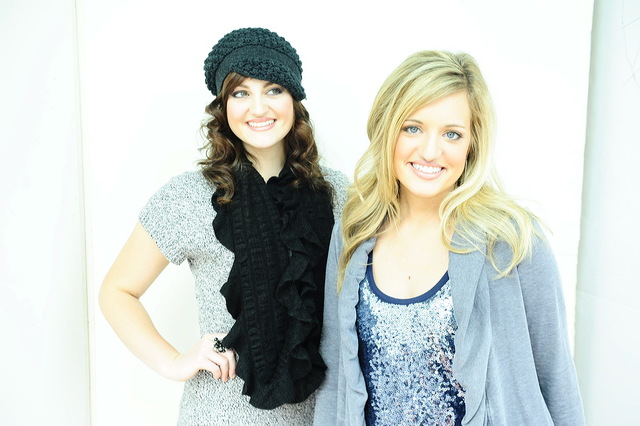 GREENVILLE – Darke County Center for the Arts will present Adelee and Gentry in concert at The Bistro Off Broadway on Thursday, Oct. 29; the show begins at 7 p.m.

The sisters from West Alexandria who have become rising stars on the Nashville music scene are part of DCCA’s Coffeehouse Series which offers high quality artists performing in an inviting, comfortable setting where food and drink are available for purchase.

DCCA officials note that the originally announced date and venue for this concert have been changed; those who have already purchased their tickets should soon receive in the mail replacements with the correct date and place.

“These girls are truly riding a rocket to success,” said DCCA Artistic Director Keith Rawlins. “Because of other opportunities opening up for them, they requested that we push back the date of our show, and we were happy to accommodate them.”

According to Rawlins, Adelee and Gentry, who have been performing together for the past five years, have a polished folk-pop sound elevated by their uniquely captivating style of two part harmony.

“Their music is real and honest; they love being storytellers and pour their hearts into their songs,” Rawlins stated.

When asked to list artists who have influenced their sunny pop sound, Adelee and Gentry name Adele, Sara Bareilles, and Ingrid Michaelson. The girls, who grew up in a musical family, released their debut album of original songs in 2012, and have also issued an EP of holiday songs.