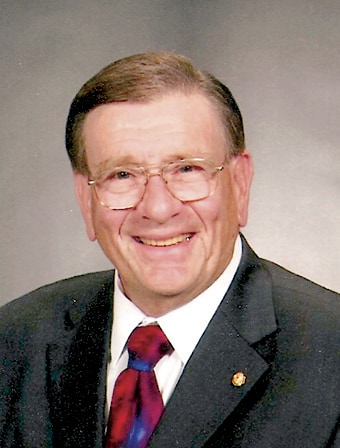 On Nov. 3 Ohioans have an important election. We will have to wait several more months to have our voices heard on the fate of Donald Trump, Ben Carson, Hillary Clinton, John Kasich, or Carly Fiorina. But as you read this the votes are being cast in Ohio for and against marijuana monopolies, a new redistricting model for state level legislative districts, and the future of constitutional monopolies.

When I was first elected as State Representative in 1982, if you had asked me if we would ever legalize recreational marijuana in this state, I would have answered in two ways—first I would have never saw it as a possibility—second I would have told you I would be doing everything I could to stop it.

Like many of my positions, this is one that has not changed. Now you may call me old, old school, stubborn, set in my ways or any other term you want to use to describe my conservative approach. But I know the facts are on my side. When drugs are available, just say no, and when drugs are being pedaled through an organized cartel, monopoly or oligopoly, do not pass go, do not collect $200. Just run.

In the late 1980s and early 1990s we faced evil South American Narcos who wanted to hook our children and take our money. These same types of people are operating the drug trade plaguing our state again. The last thing we need is 10 marijuana grow sites owned by wealthy investors that aren’t subject to local regulations. Determining the difference between “legal” and black market pot will prove problematic to regulate. Allowing Issue 3 to pass will make the work of our local police officers very difficult. That is why the Fraternal Order of Police has endorsed a no vote on Issue 3, marijuana monopolies.

When you are at the polls to vote ‘no’ on Issue 3, make sure you cast a ‘yes’ vote on Issue 2 as well. Issue 2 is a way for Ohioans to tell wealthy investors that our constitution is not for sale. We cannot continue to allow monopolies to enter our state’s most important document, the Ohio Constitution. If Issue 2 passes, it will ensure no future ballot initiatives can create a monopoly or similar money-making scheme in the Ohio Constitution, unless the voters give their permission to do so. This is an important step first proposed by a committee of Ohio citizens that gather for the purpose of modernizing Ohio’s constitution, this group is bipartisan and not politically influenced.

To get to Issue 2 and Issue 3 you will first have to consider Issue 1. You could call Issue 1 redistricting railroad. By casting your vote as yes on Issue 1 you will stop Park Place from controlling Ohio’s legislative redistricting process. This new proposal will ensure that all sides have a say in the redistricting process every 10 years and, best of all, Ohioans win!

This is an important election, and I trust you will vote on Nov. 3. When you do, please consider a Yes vote on Issues 1 and 2 and for the sake of our fine families in western Ohio, please vote NO on Issues 3.