GREENVILLE — Caroline Singer marked her 96th birthday on March 25, and still gets involved in community activities, especially where the family is involved.

She is a lifetime resident of the area, daughter of the late Riley and Hazel (Ross) Dininger.

Until the war, she said she worked at Wright-Patterson Air Force Base for four years.

She said she met her husband, Carl, “in a beer joint.”

“I worked for Helen Wilson, now the Triangle,” Singer said. “Helen contacted me to work for her. I cleaned the dance hall and looked after her kids. Edna Singer worked for her too as a housekeeper. We ran together. Edna didn’t drive but I used by brother’s car or the neighbor boy’s car, if I took his sister along.”

Singer recalled that she and Edna always met at the Oak Restaurant in Greenville, which she said was owned by Muggs McGriff.

“Dale Dispenette’s wife, Abby Nelle, and I graduated from high school together,” Singer said. “Edna and I were there one night and Dale’s wife came back and said that Edna was wanted on the telephone. She took the call and said that someone was coming up to the restaurant. It was her first cousin, Carl Singer, who came home from the service. Four of left there and went to a dance at Sharpsburg. I ended up going with Carl. We were together almost everyday until we got married. That was Feb. 2 and we were married in June.”

Carl died in 2003 of esophageal cancer.

“Joe was born when Dwain was a juniors and Dave was born when Jack was a senior,” she said. “I raised two families. I wasn’t happy for awhile but it’s been wonderful.”

After she graduated, Singer said she worked one winter for the Farm Bureau, one summer at a chicken business in Glen Karn and cleaned homes and did other odd jobs.

Husband Carl, she said, worked some place every winter once the crops were in.

Son Joe has been president of the Darke County Tractor Pullers for a long time and Dave is involved in the association, too.

“I cooked for them on Tuesdays of the fair for 25 years,” she said. “I fixed the meat and baked beans and took it to them. Then, someone else starting bringing it in. I haven’t done it for five or six years. On my 90th birthday, they threw a big party for me and it was officially the last time I cooked for them.”

Singer said she loved to cook.

“I fried stuff all my life,” she said. “I can’t see that changing. I’ve lived all these years. And, I still can. I canned tomatoes, but not many.”

Singer said she had polio as a child.

But, she still drives, although not as much as she used to do. In fact, she is thinking about giving it up altogether.

She has been driving for years, even as a child working on her father’s farm.

“My dad was a very progressive farmer,” she said. “He had one of the first tractors and combines in that part of the county He shredded corn, but he never had a baler.”

A self-proclaimed tomboy, she helped on the farm.

“I used to herd cows with the car even before I was old enough to drive a car,” she said. “I drove a tractor when I was real little.”

She even mowed her yard every time this summer.

“Jack said he will mow it one more time this year for me,” she said.

Singer’s sons were involved in 4-H, and she was involved in such organizations as Extension Homemakers.

“Dave was so ungodly ornery, so I quit,” she said.

She had just one brother Jonas Ross “J.R.” Dininger III, who was five years older.

Singer, who graduated from the first class at Palestine High School, said she still gets up at 5:30 every morning, and noted that Joe stops in every morning and has coffee with her.

“Nobody my age is left anymore,” she said.

In her spare time, she likes to read and said she used to quilt all her life

Her favorite times of all was spent at school. She attended Hominy Station School Special District 12 on Holderman ground and sometimes known as Holderman School. It is still standing but they took the top off and made a house out of it, she said.

“A year before I went to school, when I was 4, and we lived back a lane, I would take off for school,” she reminisced.”Mom scolded me.”

It didn’t happen just one time either.

“Mom knew darned well I ran off and went to the school,” Singer said. “The teacher would get me and set me down in the back. I sat on the recitation bench every class. The first couple of times they hunted for me. We lived a little piece down the road. I walked through the woods. My brother was embarrassed and had to look after me and took me home.”

Laura Murphy was the teacher from 1902-03, with Lewis Dininger, C.E. Beichler and J.C. Stephens as school officers.

“She taught there when my father went to school.” Singer said. “He went five years and, when he was 12, quit school and went into farming. His father was a cripple and my dad was helped by Grandfather Jonas Dininger for one or two years. They raised one one crop of tobacco and dad had milk cows. Our records show Jonas moved there in 1837. No deed but a two-story log house was there.”

Singer said she started school in 1924 and spent the next eight years there.

“Frank Mills was my first teacher in 1924,” she said. “He taught three years. The next teacher was Genevieve Wilson one year then Nellie Phillips came and taught until the school was closed to go into the Greenville Schools.” 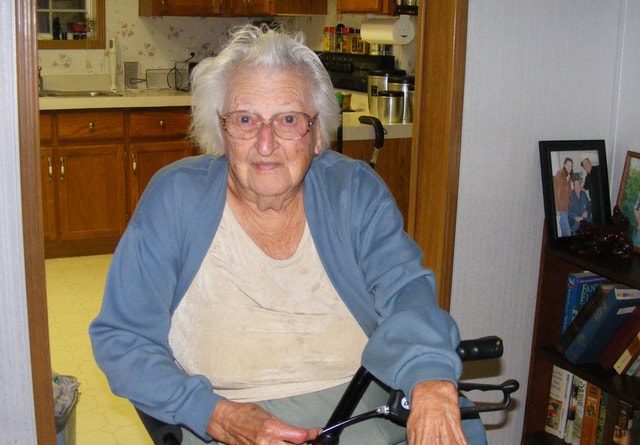 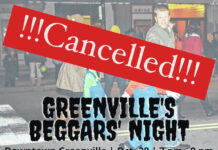 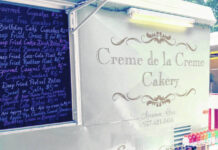