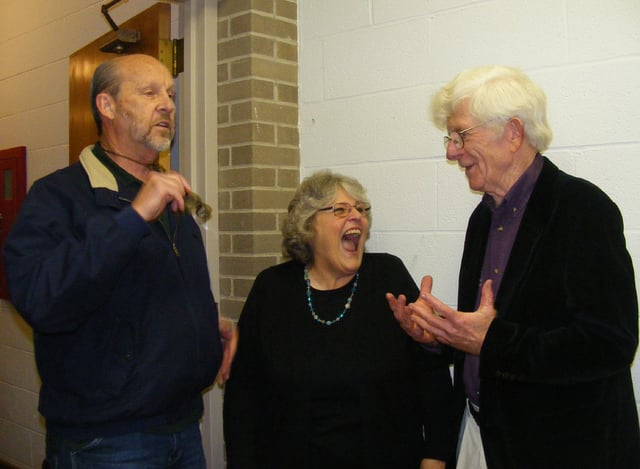 GREENVILLE — Approximately 100 people showed up Friday night at a reception for Janey Christman, who will be retiring at the end of the year as director of Community Action Partnership (CAP) after 40 years of service.

The festivities, coordinated by Carol Littman, an employee at CAP, featured a feast prepared by Michael’s Catering and cake made by Susie Francis.

“From now until the end of December, it will fly; it will be gone,” Christman was heard telling one of the guests in attendance.

She even received a telephone call from Melissa Sparks in Florida, who called to wish her well in what appeared to be an emotional conversation. Spark was second in charge at the CAP before she moved with her husband to Florida for his health several years ago.

Plans after retirement for Christman include traveling and visiting her son and his family.

When asked in an earlier interview, why she has decided to retire, Christman said. “It’s time for retirement. Forty years is a long time in a social service agency. It’s time to step aside.”

“She could write a book,” said Tim Donnellan, president/CEO of CAP, as he pointed over to Christman while he was conversing with her and Steve Pipenger.

Pipenger who lives in Huber Heights, was there with his wife. He is a graduate of Greenville High School and is vice president/CFO of CAP.

It has yet to be decided who will succeed Christman at the helm at Darke County CAP.