Frank Shapiro is back on duty as police chief in Ansonia. And, he was back on duty last Saturday at the Breakfast With Santa, in his traditional position of preparing the scrambled eggs.

“I feel like a million bucks,” said Shapiro, who was off duty for 60 days because of a heart valve problem.

He spent some time in Good Samaritan Hospital in Dayton.

His quick recovery time could probably be attributed to police officer training. Doctors apparently told him he was in pretty good shape.

Now, the police chief said he is walking one or two miles on the treadmill.

Glad to have you back and in good health.

Frank said he still plans to run for the office of sheriff of Darke County in the next election.

Everybody be careful out there. There are various strains of viruses going around, I’m thinking.

I started getting sick real early morning last Sunday and didn’t start getting better until Tuesday night at the Darke County Township Association Christmas banquet. I guess it took a crowd like that to make me feel better.

Mine, I don’t think, was as severe as what I hear others say they experienced, but it was bad enough. I felt so blah and weak, but I’m back on track with a much clearer mind, if that’s possible.

My secret, though, is that I try to nip it in the bud whenever I sense something amiss when it comes to my health. I like having all my faculties. I started taking some meds that usually get me over things in a quick manner. Someone said it lasted 24 hours for them but it was like 48 hours for me.

Now, I’m just praying my son doesn’t get it.

Happy anniversary to: Tony and Luann Lindamood on Dec. 17; Lance and Stephanie Clack on Dec. 18; Richard and Judy Ray on Dec. 19; and Terry and Donna Black on Dec. 21.

Jamie and I send our condolences to the families of: Zondra “Z” (Michael) Crossley, Thelma Shade, Andrea Clark, Paul Francis and Jean Stover. 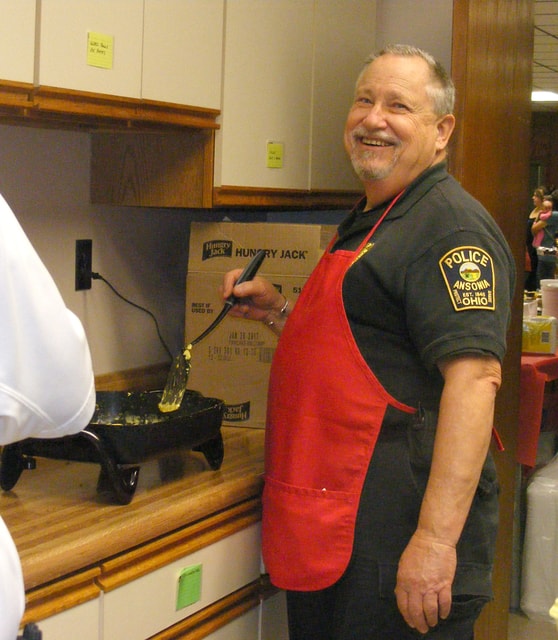