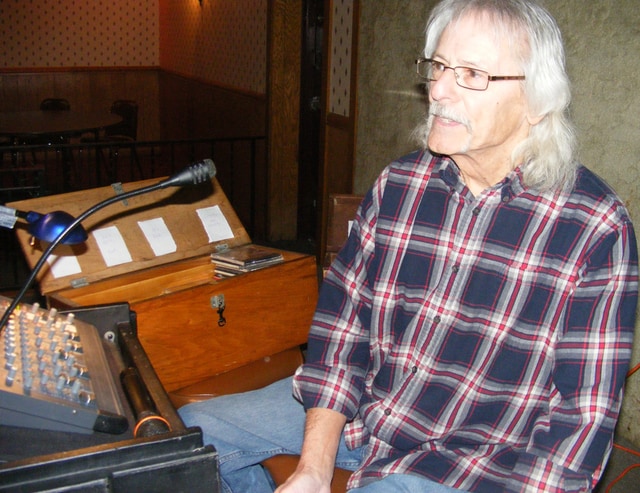 The thought of having a seniors dance every Monday afternoon made me wonder how it was going to go over, but when I covered the first one, I found out.

I was a little skeptical about covering it for the newspaper, but knew it was a story that some people would like to read. So I went and truly glad I did.

I love to dance, especially slow, but have danced a lot of fast ones in my younger days as well. I probably would still do it today if I knew I wouldn’t damage my knee any more than it is. And, it makes me a little leery going out on the dance floor at my age. I’m afraid of being laughed at, I guess.

But now I think I could do this a lot more after witnessing all the fun these people were having. It was fun at the dance, although I didn’t take part, and that was only because I was on assignment and didn’t think it would look right if I danced the afternoon away.

Lynn Newbauer and Tina McClanahan had a great idea to start this type of activity in Greenville.

The hours of the dance, 1 to 4 p.m., means it’s still daylight, so seniors don’t have to travel at night. And, it’s affordable.

And, Tom Everhart knows just what kind of music to play to get the crowd moving. I don’t remember seeing the dance floor without anybody on it at that first dance.

People came from all around. A lot were better dancers than I ever will be, but that’s the fun part of it. You can bet I’ll be going to more of these dances as times goes on, maybe during vacation week or during a lunch hour when I’m off the clock.

I saw quite a few people there that I know and some I didn’t, but they came up and introduced themselves. And, I had a ball hanging out with three sisters, including Kay Jones, who lives in Ansonia where I do, and her siblings, Sue Mills and Janet Clemens. They made me laugh and want to have fun again, even though I was still under the weather with bronchial problems.

I advise anyone who likes music and dancing to visit just once this dance held at the Eagles Lodge on East Third Street in Greenville. Not only do you get to mingle and meet new people and old friends, but you also get the exercise (now I know I’d better start going).

Just to let you know, those who attend don’t always have to be seniors, but they have to be responsible adults.

• The Treaty City Seniors Dances will continue every Monday from 1 to 4 p.m. at the Eagles Lodge on East Third Street in Greenville. Tom Everhart will entertain with his rock and roll music of the past. There will be food to purchase, soft drinks only, door prizes and a 50/50 drawing. This just isn’t for seniors, but for adults of any age.

Happy anniversary to: Mike and Cindy Mescher on Feb. 4; Josh and Onneke (Kelly) Edwards on Feb. 5; Steve and Kathy Waymire on Feb. 7; Roger and Marlene (Kiser) Riffell (35), Charlene and Donn Thornhill and Dave and Sammy sloan, all on Feb. 8; Ed and Shelba Kelly on Feb. 9; and Steve and Larissa Cunningham on Feb. 10.

Think about it: “You either get bitter or you get better. It’s that simple. You either take what has been dealt to you and allow it to make you a better person, or you allow it to tear you down. The choice does not belong to fate, it belongs to you.” — Josh Shipp