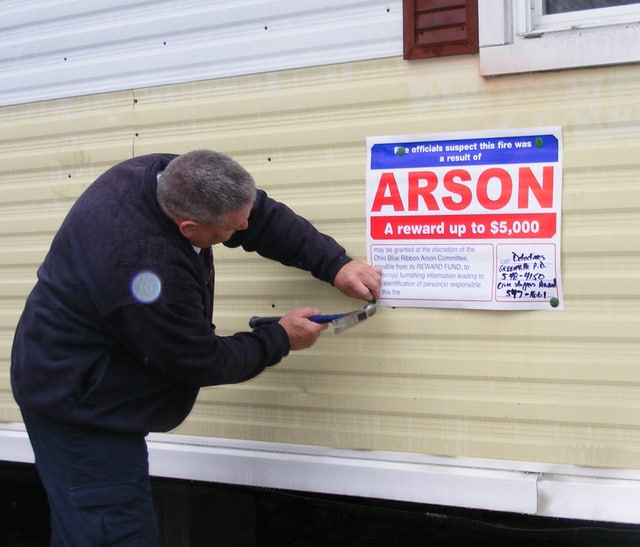 “It had to be an arson, because there was no power running to the trailer,” said Assistant Fire Chief David McDermitt, who put up the sign alerting the public to arson award.

Chief Mark Wolf said this isn’t the first fire that has occurred in this particular area.

“We need help in solving this,” Wolf said.

According to the fire chief, the trailer has been vacant for a month.

He also reported that a nuisance abatement code has been in effect with the owner of the trailer court since March 2014.

“[The award] may be granted at the discretion of the Ohio Blue Ribbon Arson Committee, payable from its reward fund, to persons furnishing information leading to the identification of persons responsible for this fire,” the sign reads.

It also urged those knowing anything about the fire to contact detectives at Greenville Police Department at 548-4150 or Crime Stoppers at 547-1661.