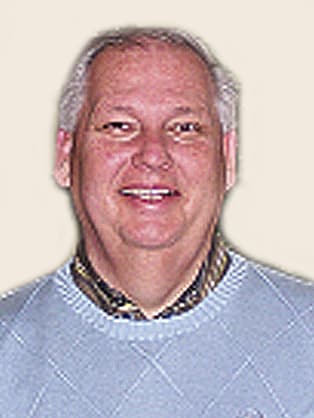 Editor’s Note: This will be the last column for Dennis Wheeler, he will be moving from the area. The Daily Advocate thanks him for his contributions to our community newspaper and wishes him and his family well in the future.

There are many fathers mentioned throughout the Bible … but one sad story seems to stand out. It’s found in the Old Testament in the book of 2 Samuel. It’s the story of King David’s family – – specifically dealing with his children Absalom, Amnon and Tamar.

Amnon actually lusted after his sister, Tamar. But she kept rejecting his advances … until one day he overpowered her and raped her. Their brother, Absalom, was absolutely devastated over what had happened and he began to devise a plan to seek revenge. He waited two years for the perfect opportunity to kill his brother Amnon.

This act of violence drove a wedge between Absalom and his father, King David. So, out of fear and shame, Absalom ran away to Geshur and lived there for three years before he returned to his home in Jerusalem.

In 2 Samuel 14:28 we read that … “Absalom lived two full years in Jerusalem and did not see the king’s face.”

Did you catch that? A total of five years has passed and after this lengthy separation, Absalom did not refer to David as his ‘father,’ but he called him ‘the king.’

You see what’s happened? The shame and distance had destroyed their intimacy. The connection between father and son was lost.

Just wondering? How is your relationship with your Heavenly Father? Have you found yourself calling Him ‘King’ because the name ‘Father’ feels too intimate? When you say ‘Father’ … does it vibrate with closeness?

Listen – – your love for God may be imperfect, however, His love for you never fails!!

Please … do not allow the shame and distance to separate you from Him. He has promised that He will never abandon you. Take comfort in knowing that no matter what you have done – – He is eager to forgive you and to restore the relationship.

Call upon His name … make the connection … regain the intimacy you were meant to enjoy!

He loves you and He wants you to come home!

Don’t put it off any longer … come home to your FATHER!!