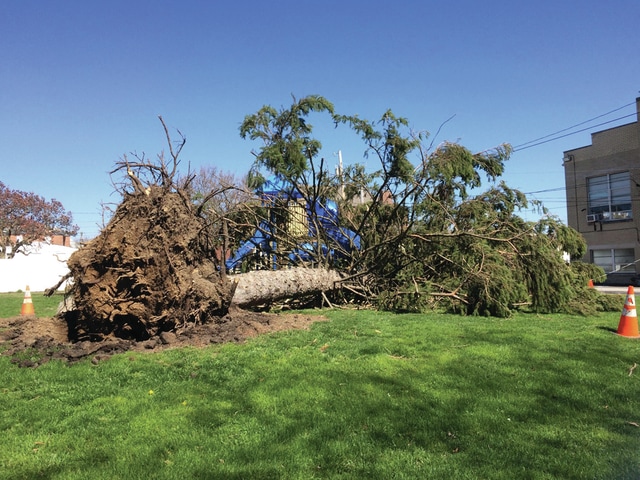 DARKE COUNTY – Hundreds were left without power Saturday into Sunday as a strange storm swept across the area. A mixture of high winds, rain, snow, hail, icy roads, and sunshine at times, plaqued area residents.

As of Sunday, 77 customers in the county were still without power.

Reported were trees and power poles fallen on Pine and Hickory Streets and Wood Lane in Greenville; State Route 571; Hollansburg-Arcanum and Stephens Roads; Gettysburg-Pitsburg and Hogpath Roads. Roadways were closed to traffic.

Wires were down in Arcanum, Ansonia, Greenville, Union City, Versailles and New Madison.

The National Weather Service issued a Wind Advisory on Saturday from 2 to 11 p.m. for the area, warning of wind gusts between 50-55 miles per hour. The strong winds brought a cold front dropping temperatures below freezing.

The high winds and snow squalls reduced visibility to near zero in places at times Saturday.

Tara Hastings, from our news partners at WDTN, said that maximum wind gusts during the storm reached 63 miles per hour in Dayton and a gust of 65 miles per hour was recorded in Darke County.