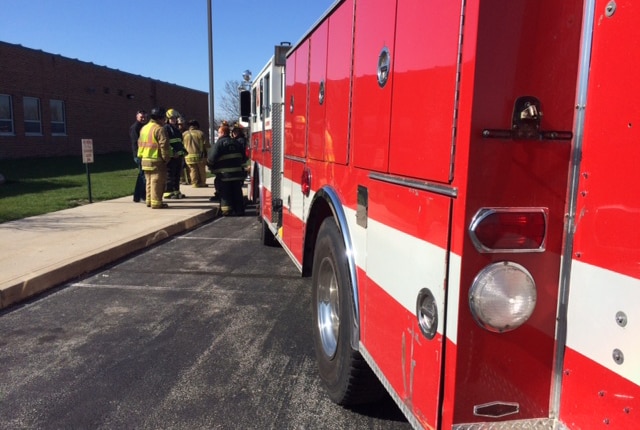 According to investigators, between 1 and 1:30 p.m., less than 10 ounces of concentrated fruit tree pesticide was spilled in the high school’s ag department. Fumes from the pesticide entered the school’s air vents, spreading the chemical throughout the school, causing some to complain of respiratory distress.

A total of nine people were affected — two staff members and seven students.

Responding to the emergency were Ansonia and Rossburg fire departments, and Ansonia, Union City, Greenville Township and Versailles rescue squads.

Ansonia Police and Darke County Sheriff’s deputies were on the scene when firefighters arrived.

According to a report by WDTN-2 News, firefighters on the scene said the condition of those affected is not believed to be overly serious and were provided medical treatment as a precaution.

Some were transported to Wayne HealthCare in Greenville, while others were taken to Mercer Health in Coldwater.

The school also issued a One-Call to parents to have them come get their students.

According to Ansonia Fire Chief Bill Clark, they are not sure on the status of those who were taken to the hospital. He also advised parents to make sure students’ clothes are washed well with warm water to be on the safe side.

Crews were on the scene working to air out the school before classes resumed Wednesday.