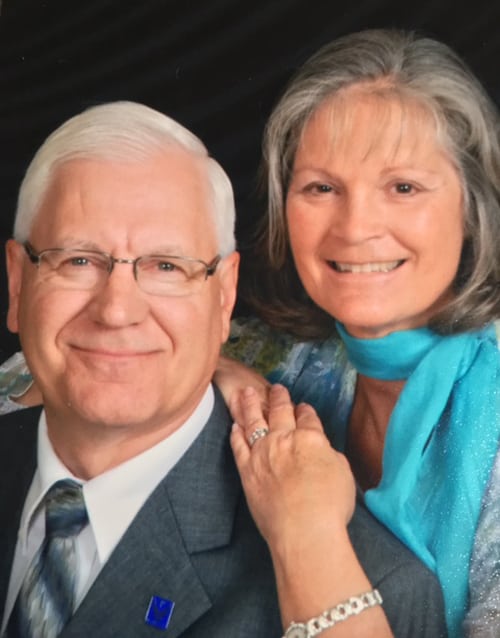 VERSAILLES — Tom and Shila (Dapore) Magoto said they are pleased and honored to be selected as parade marshals for the 2016 Poultry Days parade. The parade will begin at 11 a.m. on June 11 as part of the three-day festival to be held June 10-12.

They were married in 1972, the same year that Tom began his 42-year career with State Farm Insurance starting a scratch agency in Versailles. He ran a successful agency and qualified for many industry awards and travel excursions with State Farm. He was also a past president of the Miami Valley Association of Life Underwriters.

Through State Farm, he started the Versailles Bike Rodeo which has been continued by Versailles Emergency Services and has promoted bike safety and provided hundreds of bike helmets for children as well as adults. He also coached summer Girls’ Softball for 14 years and then T-Ball and Little League for more than 10 years.

He served many years on the Poultry Day’s board and was chairman in 1991. Tom has also been involved with many church and community organizations, including St. Denis Knights of Columbus as fraternal chairman for 10 years, past president of the Heritage Park Board and currently serving on the Ruth and Emerson Booher Advised Fund Board. He also sponsored many Versailles sporting events on WTGR and directed and helped sponsor the Community Service program that gave Bibles to newlyweds and birth plates for newborns. He has also belonged to many various groups including Versailles Chamber of Commerce, Versailles Lions Club, Versailles Eagles, Versailles Area Historical Society, Versailles Music and Athletic Boosters and Versailles and Miami Alumni Clubs.

Shila taught in the Greenville and Russia school districts before concentrating on raising the family and then becoming office manager in husband Tom’s insurance agency. She was a Girl Scout leader for 15 years, leading two troops at a time for several years. She served on the Downtown Restoration Committee and was one of the founding members of the Versailles Handcrafters and a member of Coterie Club. She currently participates in the mat-making for the homeless ministry with the ladies at Trinity Lutheran Church.

Since their retirement from State Farm in November 2014, the couple enjoys their winter home in The Villages, Florida, going to the grandchildren’s activities, traveling and visiting the out-of-state children and families, and walking their black lab Gypsy. Tom also enjoys golfing and working in the yard and Shila likes crafting and reading.

Tom says “Invite all your friends and relatives to celebrate Poultry Days this year and help the committee set a new record for chicken dinner sales!”

The 65th annual festival theme is ““A Salute to the American Farmer.” Visit the website www.versaillespoultrydays.com for event details and schedules.