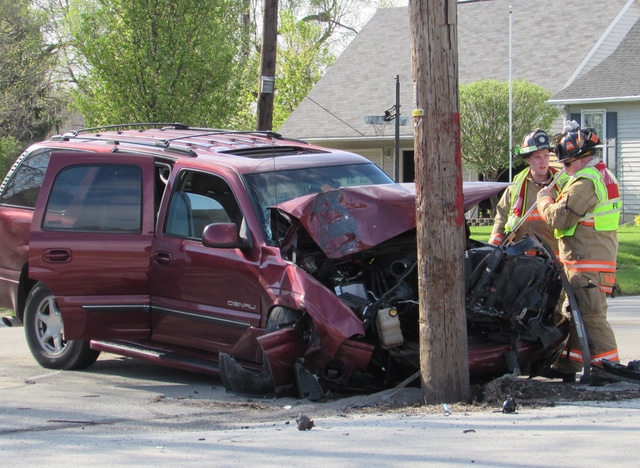 -12:48 a.m.: stabbing. Michael Abelquist was arrested for stabbing Charles Wolford during an altercation in the vicinity of 123 Sweitzer St. Abelquist was charged with felonious assault.

-9:06 a.m.: vehicle theft. Police responded to a report of a vehicle stolen at Speedway on Sweitzer Street while the driver was inside. The suspect was a white male wearing a black baseball cap sideways riding a mountain bike who left the bike behind when he drove off in the car.

-Crystal R. Werner, 32, of Greenville, was cited for a marked lanes violation following a one-vehicle crash April 19 at 5:19 p.m.

According to the crash report, Werner was northbound on North Broadway near Wilson Drive when she went off the right side of the road and struck a utility pole. She reported that she may have passed out prior to striking the pole.

-Janet E. Hall, 76, of Greenville, was cited for a stop sign violation following a two-vehicle collision April 19 at 5:48 p.m.

According to the crash report, Camilynn J. Snyder, 40, of Greenville, was northbound on Spring Street passing through the intersection with Meeker Street when Hall did not stop for the stop sign westbound and colided with Snyder.

Both vehicles sustained functional damage. There were no injuries. Both drivers were wearing seatbelts.