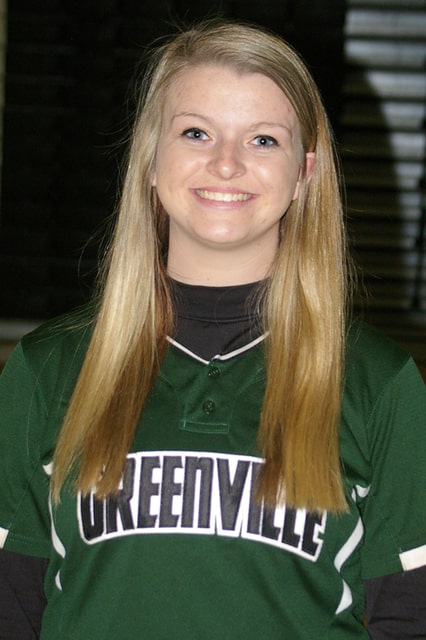 GREENVILLE – Allison Minnich and Sydney Grote combined for a no-hitter for a second night in a row on Thursday in an 11-0 sectional tournament win against Thurgood Marshall.

Unlike Thurgood Marshall, Greenville had no trouble getting its offense going as

Ashton Kester led off the bottom of the first with a triple to center field. Jazzlyn Petry then hit a RBI double to left to put Greenville up 1-0.

Madelyn Breig, running for Petry, advanced to third off a wild pitch. Cassie Cromwell, Makayla Hanes and Sydney Grote then were all walked, bringing in Breig for a second run.

After Cromwell was called out for leaving third early, Tabler was walked to load the bases again. Lani Shilt then was hit by a pitch to score Hanes and make it 3-0.

Grote was then called out at third for leaving early before Alexis Byers and Tess McClure had back-to-back singles to bring in another run and make it 4-0 before the inning ended with Shilt leaving third early.

After Minnich struck out the side in the top of the second, Kester led off the bottom half of the inning with a walk. She advanced to third on a single by Petry and stole home, making it 5-0. Cromwell then singled, driving in Petry’s courtesy runner, Breig, to make it 6-0.

In the third McClure drew a one-out walk and Kester reached base on an error, putting two runners on. Petry then singled to drive in McClure, putting the Wave up 8-0.

Grote relieved Minnich in the fourth inning. She gave up a two-out walk, Thurgood Marshall’s only base runner of the day, but got a strikeout to end the inning.

In the bottom half of the inning Grote walked, Lauren Baughn singled and Shilt walked to load the bases with no outs. Thurgood Marshall got a double play, but then Shaffer and Kester drew back-to-back walks to bring in a run and make it 9-0.

Petry then hit a RBI double, scoring Shilt and Shaffer to make it 11-0 before the inning ended with Kester leaving base early.