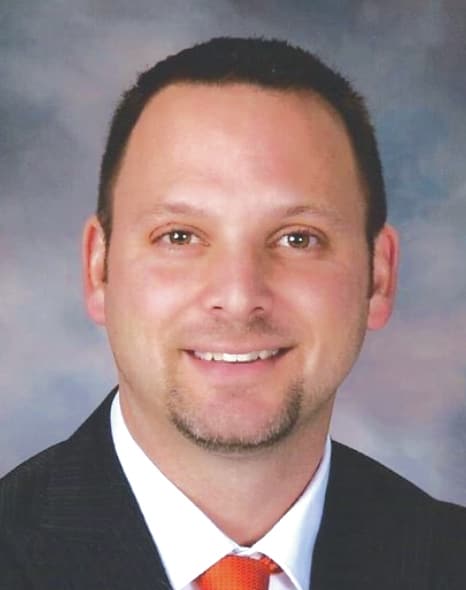 Born and raised in nearby Gordon, Stephens is finishing his fourth year as superintendent at Arcanum schools. He is a 1994 graduate of Arcanum High School and a 1998 graduate of Bluffton University, where he received his bachelor’s degree in Elementary Education. Graduate work in administrative leadership was done at the University of Dayton, and is where he received his principal’s and superintendent’s licenses.

Stephens strives to be involved and visible throughout the community, both at local events and activities and of course at the various school functions. He has coached his son Luke’s baseball teams a few years through Arcanum Junior Baseball.

“It was a pleasant surprise to hear that I was chosen and my family and I are excited about the opportunity,” said Stephens.

“Having grown up and lived in the Arcanum area for most of my life, it is very rewarding and humbling to be recognized. Our boys, Luke and Drew, are mostly excited to ride in the parade and wave at their friends.”

“I appreciate all the effort of the Arcanum Business Association and volunteers that help make Old Fashioned Days such a great weekend. Every year I look forward to the food, fellowship and fun,” he said.

The Arcanum Old Fashioned Days parade will begin at the school and travel down Main Street starting at 11 a.m. Saturday, May 21. The festival runs from Friday through Sunday.