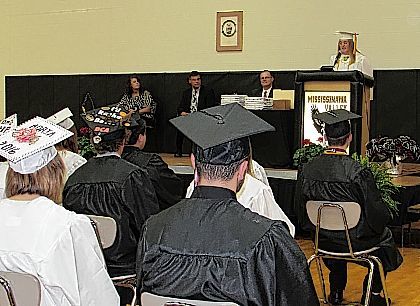 Valedictorian and Class President Leslie Dirksen quoted a controversial column penned earlier this year by County Commissioner Mike Stegall as she sent off her classmates in a final speech. In the column, Stegall said millenials have the potential to be the greatest generation, but they must first stop being such “wimps.” Dirksen said the column only motivated her, and she challenged her classmates to prove that they are indeed hardworking and dedicated citizens.

The 2016 class motto was “You have brains in your head. You have feet in your shoes. You can steer yourself in any direction you choose. You’re on your own, and you know what you know. And you are the guy who’ll decide where to go,” by Dr. Seuss, from “Oh, The Places You’ll Go.”

The class colors were red and black, and the class flower was a black rose tipped in silver with red ribbon. 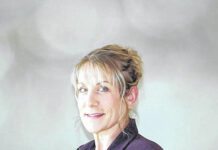