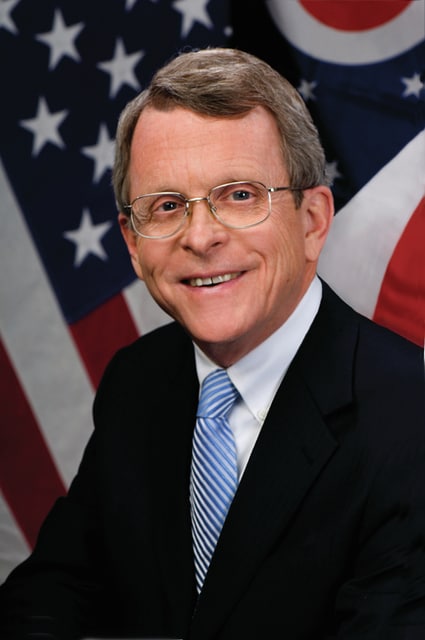 When the U.S. Environmental Protection Agency strayed from the law’s long-established meaning and buried language in a 629-page proposal that would have harmed an important Ohio industry, I stood up to the bureaucrats in Washington and won.

Here’s what happened: In February, the U.S. EPA proposed a new regulation under the Clean Air Act that would have stood in the way of modifying motor vehicle engines and their emission control devices “…even if they are used solely for competition or if they become non-road vehicles or engines.” The regulation would have affected all types of vehicles, including the sports cars, sedans, and others that are commonly converted from on-street use to strictly racing.

I believed that proposal violated the plain language of the Clean Air Act and could have had economically disastrous consequences, and so I took a stand against federal regulatory overreach and for Ohio jobs.

I was joined by the attorneys general from West Virginia, Arkansas, Alabama, Louisiana, Michigan, Nevada, and Georgia in asking that the U.S. EPA remove the “used solely for competition” phrase from the final rule in our April letter to EPA Administrator Gina McCarthy. We pointed out in our letter that “Statutory language and legislative history clearly show that vehicles used solely for competition, including a race vehicle that has been converted from a certified highway vehicle, are not regulated under the Clean Air Act.”

The U.S. EPA’s proposed changes were inconsistent with the federal Clean Air Act, and any measurable benefit of the proposed regulations would have been dramatically overshadowed by the threat to Ohio jobs and tax revenue. The proposed changes could have crushed a $36 billion industry with more than 6,600 member companies across the country, including the nation’s two largest high-performance automotive accessory retailers, Summit Racing Equipment and JEGS High Performance, both of which are headquartered in Ohio. These companies, as well as many equipment manufacturers and racing venues in our state, employ thousands of Ohioans and generate hundreds of millions of dollars in economic activity.

In April, we were notified that the U.S. EPA rescinded the proposed regulatory language which would have halted the sale and use of many performance auto parts in competitive racing vehicles. In their official response to our letter, the U.S. EPA conceded that “Since our attempt to clarify led to confusion, EPA has decided to eliminate the proposed language from the final rule.”

This is another example of how my office has worked to protect Ohio jobs and businesses from this administration’s attempted regulatory overreach. Other examples include Washington trying to impose its energy rules on Ohio’s coal-powered plants under President Obama’s “Power Plan” – a scheme that exceeds Congressional authorization and will hike electricity rates for Ohio consumers.

The U.S. Army Corps of Engineers and the U.S. EPA published a rule in the Federal Register that defined “waters of the United States” in overly broad terms to include almost every conceivable body of water in the country – even drainage or rain puddles on ordinarily dry land or creek beds – with almost no limit on federal jurisdiction. I filed a lawsuit and the Sixth Circuit Court of Appeals ultimately issued a stay to stop the effect of this sweeping, illegal rule.

Reasonable citizens recognize the need for common-sense regulations that safeguard our air and water. However, I will always challenge a federal bureaucracy that oversteps its authority and attempts to run roughshod over Ohio’s best interests and economy.