Each Saturday throughout the summer, the market will continue followed by an evening of entertainment scheduled.

Second Saturday will continue in the evening with Comedy and Cocktails with entertainment of improv, short skits, and of course……..adult beverages at the Firehouse Pipes, 226 N. Plum St., Union City, Indiana. Stay in touch with the next month’s Second Saturday on July 9 for details about continuing fun in Union City.

State Line Heritage Days is fast approaching and don’t forget to purchase your tickets for winning a golf cart. Only so many will be sold. Tickets are $10 each. Jo’s Corner Florist, and State Farm Insurance Agent, Dennis Pratt has tickets as well as any other State Line committee member.

Union City Arts Festival 50/50 Drawing Win $10,000 or more. Union City Redefined, Inc. is selling raffle tickets to continue to raise money for the third annual Arts Festival and make one lucky winner $10,000 or richer. This year’s festival is themed “2 Tickets 2 Paradise” featuring Grammy nominated recording artist, Eddie Money. Only 1,000 tickets at $20 each will be sold. If the demand is greater, more tickets will be sold and the winnings even higher. Tickets will be sold by the committee members and at select locations throughout Union City and the surrounding area.

The Union City Lions Club hosted the District 25-D Cabinet and Awards Banquet May 31. Forty-one Lions from nine counties in East-Central Indiana convened in the Union City Community Room for the District 25-D year-end meeting. The meeting was the last district-wide gathering of Lions before the governor’s year ends on June 28, the last day of the International Lions Convention. District Governor Betty Weist conducted the meeting which included committee reports and awards.

The district presented scholarships to three students who are graduating from high schools in the district. One of the recipients, Anna Grover from Delta High School spoke to the group and told of her accomplishments throughout high school, including initiating new service projects. One of the programs was to bag a meal and send home for the weekend weekend for students who otherwise would not have a meal.

Sam Farrington of the Union City Lions was the organizer of this event. This was the first cabinet meeting the Union City Lions has hosted. The incoming District Governor Steve Holtzleiter stated he was looking forward to his year as governor and thanked the outgoing Governor Weist for all her help, support and encouragement. Reports by the region and zone chairs, committee chairs and the five Lions State Projects trustees were presented. Club representatives explained activities their clubs would be planning the near future. Each attendee received a solar light decorated for Flag Day and July 4.

Randolph County Garden Club will meet June 28 at 6 p.m. at the home of Randy and Judy Key, 3441 State Road 32 East, Winchester. The program for June will be Keith and Betty Orebaugh (Cowen) discussing how they raise and grind their own wheat for bread making. 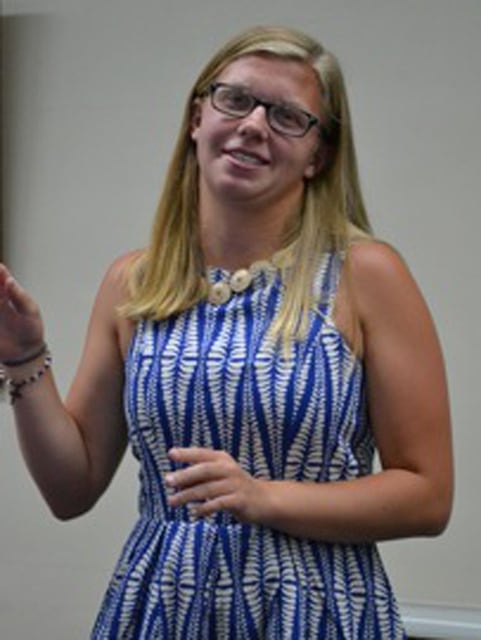 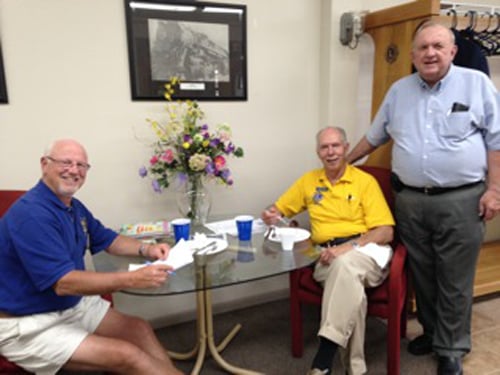