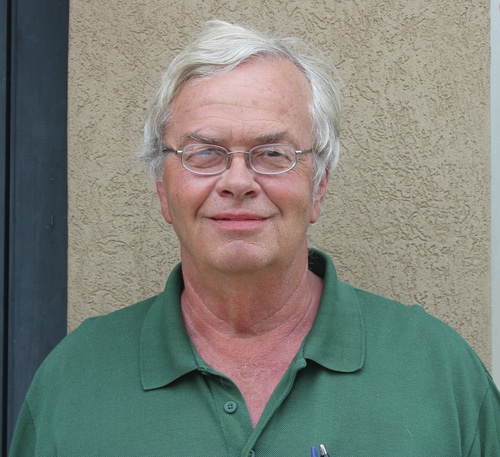 I write this piece in response to a recent request from a reader. She asked that I write about a figure that has certainly received the lion’s share of national attention this year. It is impossible to relate anything new about Donald Trump, but I do believe that his rise, given past and current events, is not inexplicable.

Mr. Trump’s rise in spite of his bombastic, unapologetic, rhetoric can only be the result of his resonating with American voters. Some 13 million voted for him in the primary season, as 12 million did for Sen. Bernie Sanders. Both were politically marginal figures before this year, and their messages would formerly have been considered well out of the mainstream.

No matter how offensive Trump’s rhetoric is to some, primary election results indicate that he is saying what many Americans are thinking.

Recently, 64 percent of those American voters polled indicated that Trump is not qualified. Unless these respondents included few Republicans, how does this square since he beat a large crowd of well-qualified challengers? He is certainly over 35 years of age and is a natural-born US citizen, which is more than can be said for the runner-up in the GOP primaries.

Currently there are two presumptive, presidential nominees who will likely face heavy opposition or drastic change to their current intentions at their respective conventions.

Some observations about the current presumptive nominees: The obvious potentials are for either the first woman president, or the first president to have never held elective office. There are two more that are much less obvious.

A Clinton victory would confirm that two US presidents have, in fact, slept together. A Trump victory would certainly be the first time that a billionaire ever moved into government housing being vacated by a minority family.

To this end, some $5 billion will be spent to select, and then choose between, the two most unpopular figures in the nation.

Do either or both presumptive candidates represent the worst tendencies of the American people? If they do, is that irrelevant if our leaders are to be selected by the voters?

As I write this, it is announced that Mr. Trump is eleven percent behind his assumed opponent, but these things always have the potential to turn on the proverbial dime.

It is reported that 469 out of 535 Congressional seats are up for election in 2016. In spite of historically low public approval ratings, probably 90-95 percent of the incumbents will be re-elected. People believe the problems with Congress rest with all others but their own representative.

There is great discontent, unrest, and skepticism exhibited by the American people toward the government and the political system in general. I find that few can accurately describe what they abhor, but only offer general comments like “They don’t listen to the people.”

The people’s disgust is real, even if their reasons are not explained. Many people say they want change, but few would want to even barely change themselves.

Aside from the dissatisfaction (probably way too mild of a word) in our nation, there are many signs of citizen unrest with political systems all over the world. Like these, the rise of Donald Trump appears to spring from a type of right-wing populism which desperately seeks a change from the present system.

Is the often-heard contempt over an unholy alliance between big government, big business, and big media justified? Do they all benefit by billions of dollars from this partnership, and is it in all of their interests to protect one another? Does this relationship make everyone filthy rich, except the American people? Are establishment politicians all puppets owned by big money?

Donald Trump says he does not need anyone’s help. That seems to mean he does not care what the media or the corporate elites say or think. If any candidate wins the presidency with the help of PAC money, is that less a victory and more of a purchase?

Can Donald Trump, or any candidate, be believed; or are they simply playing a role until after the election?

After Friday’s “Brexit” vote in Britain, and during this year’s crazy presidential campaign, things certainly seem in turmoil. However, it could also describe global sentiment in the 1930s, which increasingly looks like the best parallel to today’s environment.

The political furor of the 1930s led to cataclysmic consequences, of course, and there’s little reason to think that’s where things are heading today. Still, the similarities are close enough to suggest that nobody should be surprised when a sustained period of economic anxiety and anger leads to flirtation with unorthodox, radical, political experiments.

The lesson may be that the wounds and resentments from a deep recession that began in 2007 and the financial collapse of 2008 remain painful enough that they have compelled voters across the industrialized world to make choices that once would have seemed implausible.

While history may not specifically repeat itself, it does have a definite rhyme.

While we cannot know now if President Trump will take office in 2017, we should recognize how the climate was created that just might get him there.