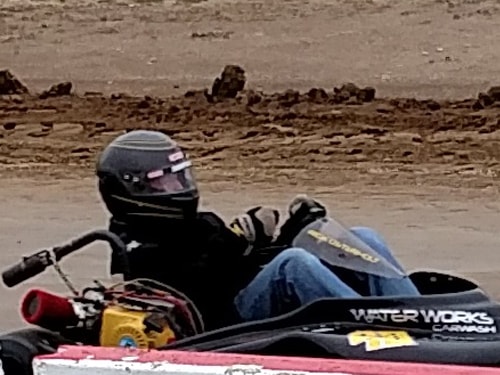 ROSSBURG – Little Eldora Speedway was ready to race Sunday afternoon with the Sizzler in the Sun. There were 169 cars that showed up ready to race.

In the Clone Lite was the winner Zach Wolff, in second place Sam Weaver, third place was Eric Bernholt, fourth place was Tyler Kalb, and rounding out the top five was Jason Brown.

In the Kid Kart, which is ages 4 to 7, taking first was Ryker Orr then Lleyton Miller, Jackson Orth, David Bretz and Easton Zent.

In the Buckeye Outlaw was Nick Hostetler in first, in second Kevin Luttmer, and in third was Jason Yoder.

In the Unlimited All Stars first place was Mike Pace followed by Scott Packerard, Mike Siebeneck, Mike Barrios and then Matt Browning.

In the Clone Heavy winning $400 was Nate Gressman in first. In second was Chad Orth, third went to Justin Clark, fourth was Zack Myers and in fifth was Jordan Osterholt.

In the Clone Super Heavy in first was Chad Orth, second was Shawn Allen, third was Ben Williams, fourth was Rick Osterholt and in fifth was Andy Richardson. Orth won the $250 for winning the race.

In the Junior Sportman was Larry Kingseed, Jr., second was Kasey Ziebold, third was Kelly Dawson, fourth was Brodie Wendel and fifth was Brayden Rouch.

In the Junior 3, ages 8 to 14, was Kasey Ziebold, Dalton Lane, Conner Carrell, Audrey Mayze and then Ian Creager.

In the open was Adam Unverferth, Ryan Class, Mike Pace, Tracy Butt and Matt Browning in the top five.

In the LO 206 was Jason Fuller, Chris Buchanan, Francis Buck, Eric Bibler, and then Brayton Phillips rounded out the top five.

In the Senior Flathead taking the black and white was Tate Gummer followed by Shawn Allen, Mark Sawmiller, John Meinderding and Zane Morton.

In the Clone Apprentice was Jeff Funk, Brent Vallee, David Lockwood and then Zach Evans.