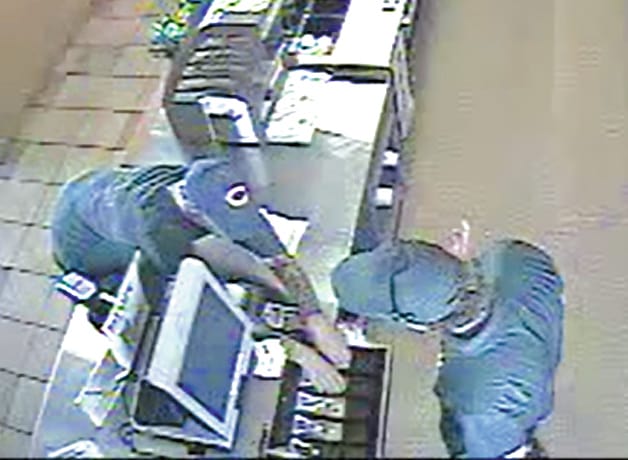 GREENVILLE — Law enforcement is searching for a man who robbed a Subway Restaurant in Greenville Sunday afternoon.

At approximately 1:16 p.m. on August 28, police officers were dispatched to the Subway Restaurant at 325 Martin Street on a report of a robbery.

The incident was captured on the store’s video surveillance cameras. The suspect is described as a white male wearing a dark shirt and dark blue hat. He demanded money from the employee at the front counter and grabbed money from the store’s cash register before fleeing on a bicycle.

Store Manager Nick Dispennette confirmed there was more than one employee in the store at the time. No one at the restaurant — employees or customers — was harmed during the incident.

Asked if the store planned to increase its security measures in some fashion, Dispennette said, “When we have the video and audio surveillance cameras we have, there’s not much more that we can do, short of putting metal detectors in.”

He added that he hoped Greenville Police will increase their patrols in the area following the incident.

This is the second robbery to occur at the Martin Street location in a little more than a month’s time.

The suspect in the prior robbery, which took place July 21, brandished a knife and escaped with cash from the store’s register.

Greenville Police Chief Dennis L. Butts said his department believes the August 28 robbery was not perpetrated by the same person. No arrest has been made in the July 21 incident.

Anyone with additional information on either robbery should contact the Greenville Police Department at 937-548-1103.