DARKE COUNTY — What if they held an election and nobody showed up to vote?

A voterless election would pose serious problems, and even contests with low-voter turnout have their critics. However, in today’s special primary election in Ohio’s 8th U.S. Congressional District, the outcome of the vote will have virtually no impact.

In the September 13 primary, Democrats will be tasked with making candidate Steve Fought the party’s official candidate to take on Rep. Warren Davidson (R-Troy) in the November 8 general election.

Fought (pronounced FOTE), 62, announced his candidacy July 28, following the withdrawal of the Democratic primary winner Corey Foister. As no other Democrats filed to take Foister’s place on the ballot, Fought will be the only candidate on the ballot, and thus, the party’s nominee.

Despite the foregone outcome, though, the cost of staging the special election is the issue that’s caused the most consternation.

Ohio Revised Code 3513.312 requires that a special election be held if a congressional candidate withdraws from the race more than 90 days before the General Election. Should a candidate withdraw after the 90th day before the election, there is a short window of time allowed by state law whereby the corresponding political party could have appointed a candidate so that no special election would have been required.

Foister withdrew his candidacy on the 107th day before the election, thus triggering the legal requirement to hold another primary.

The election date and filing deadline were made at the recommendation of the Butler County Board of Elections, the largest board of elections in the 8th District.

Upon announcing the September 13 special election, Ohio Secretary of State Jon Husted called on Ohio’s General Assembly to make appropriate changes to state law to prevent such an occurrence in the future.

“It is a waste of time and tax dollars to hold a special election when only one candidate is running,” Husted said. “I hope the legislature will change the law to avoid this problem in the future.”

Darke County, nestled within the 8th District along with the counties of Miami, Butler, Clark, and Preble, and a portion of Mercer County, will see a cost in both time and money to open polling places when there will likely be very little turnout.

“It is comparable to the Special June election and that one cost the county $31,000, but the state reimbursed us, as they will the September election also,” said Becky Martin, director of the Darke County Board of Elections.

Martin said she expects to see very sparse turnout in the county’s 43 precincts. She added, too, that the special primary is not restricted to only registered Democrats.

“Non-Democrats can vote in [today’s] election,” she said, “But voting in the special election will change their party registration to Democrat. They can change it back to another party at the next primary, but that may not be until 2018.”

Fought, who has moved from Toledo to Springfield to satisfy residency requirements, has also expressed his wish that Ohio’s law would be modified.

In regards to Tuesday’s vote, he said, whimsically, “It looks good — I just need one vote. Everyone who votes for me can say they were the one who put me over the top.”

He added, however, that he wasn’t taking anything for granted in the contest and said he hopes for the opportunity to debate Davidson before the election.

“A debate with Rep. Davidson, in this race, would be a very interesting event,” he said. “We disagree on just about every issue, so a debate would bring out a lot of issues on the constitutional relationship between government and the individual.” 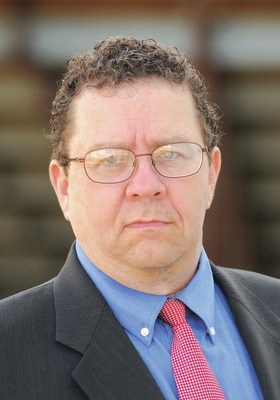