MAUMEE, Ohio — The Andersons, Inc. (Nasdaq:ANDE) announced Monday its plans to exit the retail business and close its remaining four retail stores in the second quarter of 2017. The retail closings will have no impact on the Company’s grain, ethanol, plant nutrient and rail operations.

“The decision to close The Andersons stores was not easy for anyone involved,” says CEO Pat Bowe. “Choosing to cease a business that has spanned 65 years and employs about 1,050 people is tremendously difficult.”

The closing will eliminate approximately 650 positions in the Toledo area and 400 positions in Columbus, of which approximately 75 percent are part-time positions. The Company will provide employees with severance packages and outplacement services to assist them in their career transitioning.

During the past eight years the Retail Group has incurred pre-tax losses, including previous asset impairments, in excess of $20 million and closed three stores.

The full financial impact of this closure has not been determined. The company expects to record pre-tax impairment charges on long-lived assets related to the Retail segment of approximately $6.5 million in the fourth quarter of 2016.

The company expects to record a pre-tax charge in the range of $9 to $14 million in the first half of 2017 for severance costs and other costs associated with the closure. The company also anticipates that the full carrying value of its inventory may not be recoverable during the store liquidation process. Gains or losses are anticipated on individual properties upon sale, however the company is uncertain of the timing and amount of those sales.

Subsequent to the impairment charges noted above, the Retail Group’s assets at their Dec. 31, 2016 carrying values include: Inventory and other assets of $21.0 million and Long-lived assets of $9.8 million.

The Andersons, Inc. was founded in Maumee in 1947. For more information, visit The Andersons online at www.andersonsinc.com. 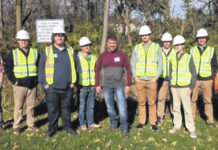