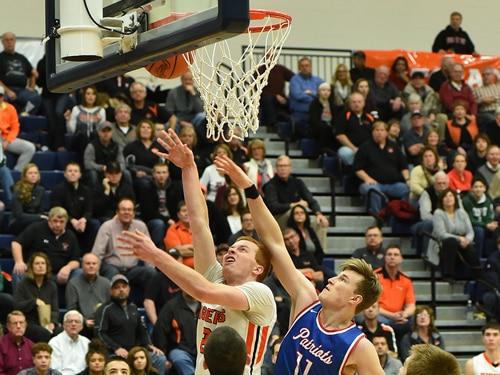 KETTERING – Two of Darke County’s best teams were showcased at the Flyin’ to the Hoop invitational on Monday with the Versailles boys basketball team defeating Tri-Village 61-56.

The Darke County squads kicked off the final day of the Flyin’ to the Hoop, a four-day national high school basketball showcase that features some of the best teams from throughout the United States and Canada at Fairmont’s Trent Arena in Kettering. Versailles was able to come out on top despite some struggles, including making just 13 of its 27 free throws.

“Maybe it’s morning hours – I don’t know what was going on – but our free throws tonight were atrocious,” Versailles coach Travis Swank said. “Knock those down and maybe it’s not as close as what it needed to be there at the end but Tri-Village is a good team. I can’t take anything away from them.”

Versailles never trailed in Monday’s game as the Tigers started the contest on an 11-2 run, which included scoring the first 7 points of the game. Keaton McEldowney, who combined with Justin Ahrens to score the Tigers’ first 11 points of the game, was especially crucial in setting the tone early.

“He hit some big shots for us,” Swank said. “Hit another big shot in the second half as well. But, yeah, he came in ready to play. We talk about seems like every time we’ve got different guys that step up to the plate and take their hacks as a baseball analogy goes. It was Keaton’s turn today, and he did his job, what he’s supposed to, and we needed him today in order to get the W.”

Tri-Village was able to break out of its slow start and keep pace with Versailles over the final minutes of the first quarter but found itself down 18-10 at the end of the opening period.

Versailles continued to control the game at the beginning of the second quarter, building its lead to a game-high 12 points, 29-17, midway through the frame. After using a timeout, Tri-Village was able to regroup and finished the half on an 8-2 run to reduce its deficit to just 4 points, 31-27.

Versailles struggled mightily in the third quarter as the Tigers went more than four minutes of game action without making a field goal. They also made just 6-of-13 free throws in the period.

However, Tri-Village wasn’t able to get much going either and missed an opportunity to overtake Versailles. The Patriots reduced their deficit to 2 points twice in the quarter but finished the period down 44-36.

Both offenses got back on track in the fourth quarter. Tri-Village was able to outscore Versailles 20-17 in the period, but it wasn’t enough as the Tigers held on for a 5-point win, 61-56.

“I’m really proud of my kids,” Tri-Village coach Josh Sagester said. “Obviously there are no moral victories in our locker room. We’re ready to get back to work tomorrow.”

“The Couch kid had a great game tonight,” Swank said. “We knew he was going to be a load. I thought we handled the Richards kid for the most part pretty well, though. We tried to take one of them away. You can’t take both of them I feel like. If you take away one you have a better chance at winning a ball game.”

The teams were fairly even in most categories on the stat sheet including in rebounds in which Versailles held a slim 31-30 advantage. However, the Tigers were able to score 12 second-chance points compared to just 3 for the Patriots.

“The second half it felt like we kept the ball alive a lot and had our opportunities and kind of willed our way a little bit more to the basket,” Swank said. “You need those when free throws aren’t falling and you’re not getting easy ones to go in. You need to get those second-chance opportunities.”

Versailles improved to 12-1 with Monday’s win while Tri-Village fell to 6-5. It was the first time the Patriots lost while playing at full strength as their previous four defeats came while they had players suspended as a result of a hazing case.

Tri-Village will return to action on Friday at home against Tri-County North, and Versailles will travel to Fort Recovery on Friday. The game at Fort Recovery will be for first place in the Midwest Athletic Conference as the Tigers and Indians are the last two undefeated teams in league play.

“We don’t have any breaks,” Swank said. “We have to prepare for Fort Recovery. I brought my iPad. I’m going to be watching some tape on them here so they’re a really tough team, and it just goes from one game to the next where it seems like we’ve got a tough opponent.” 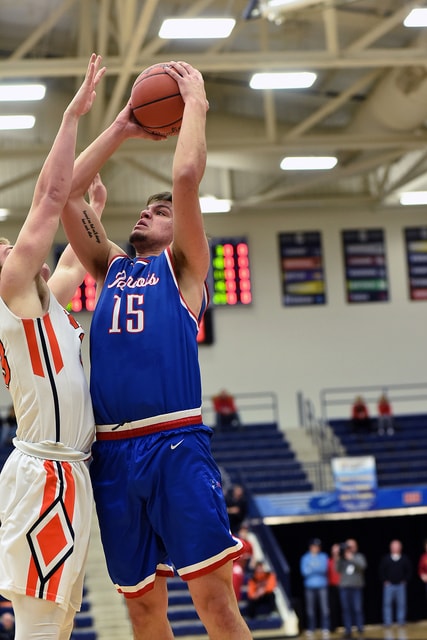 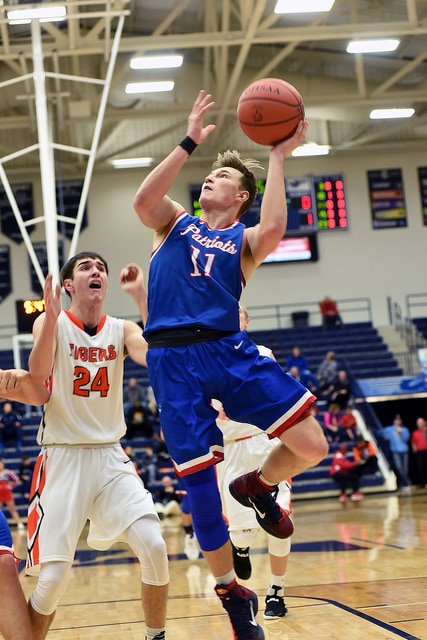 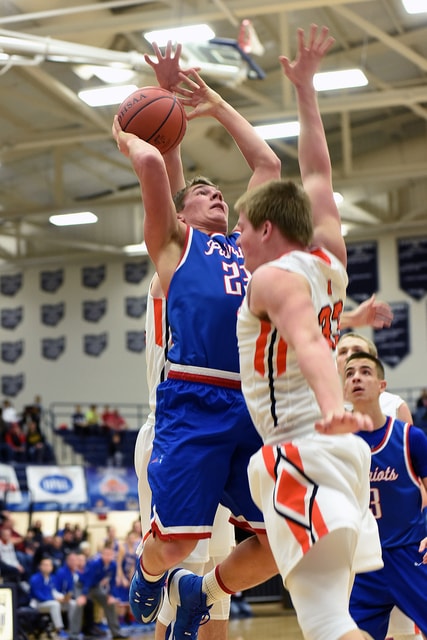 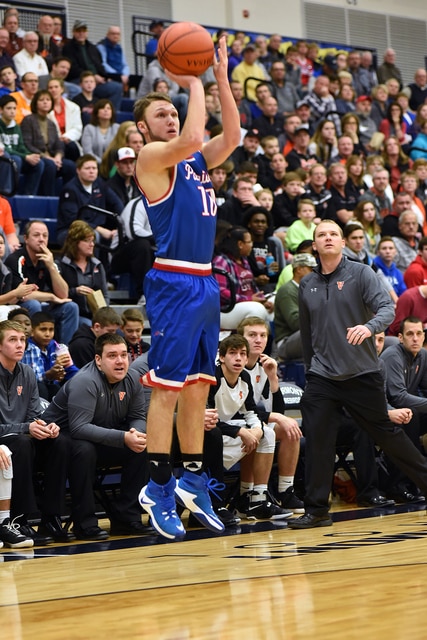 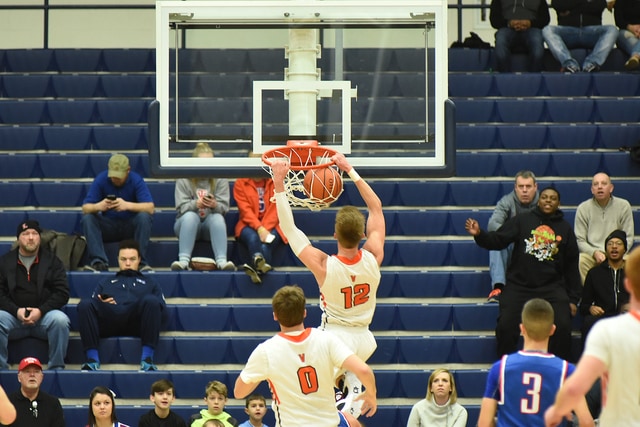 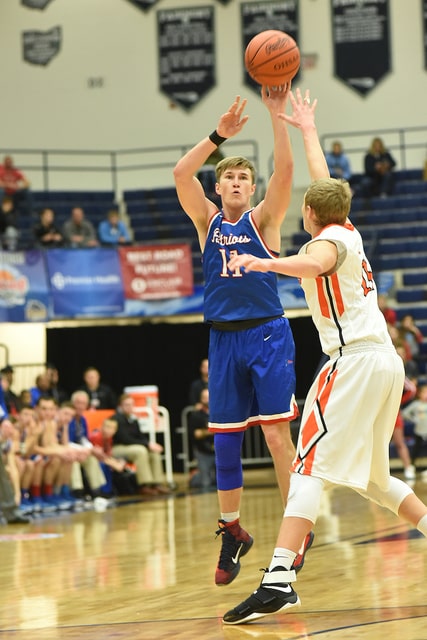 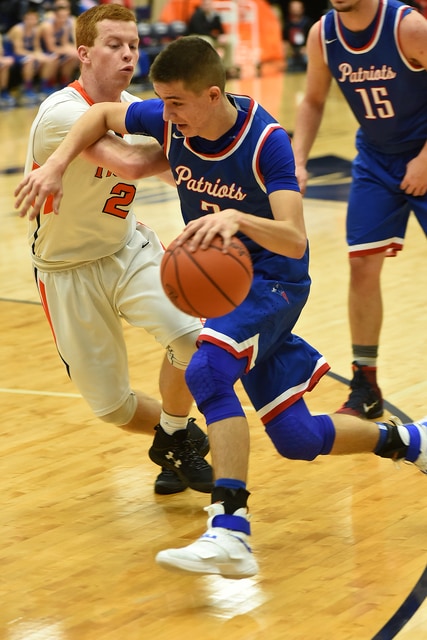 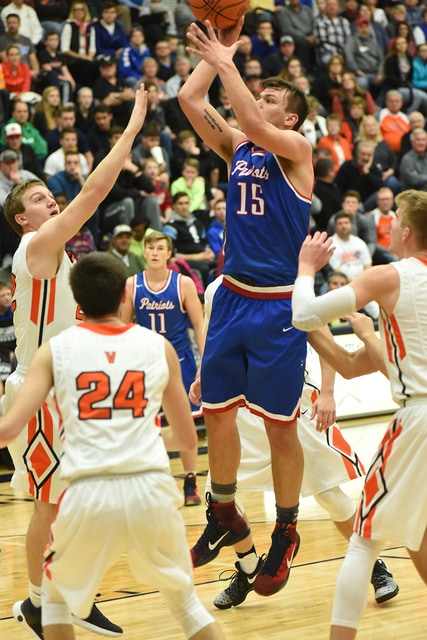 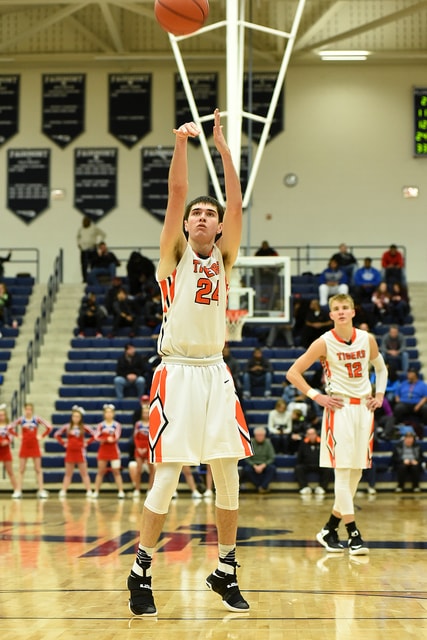 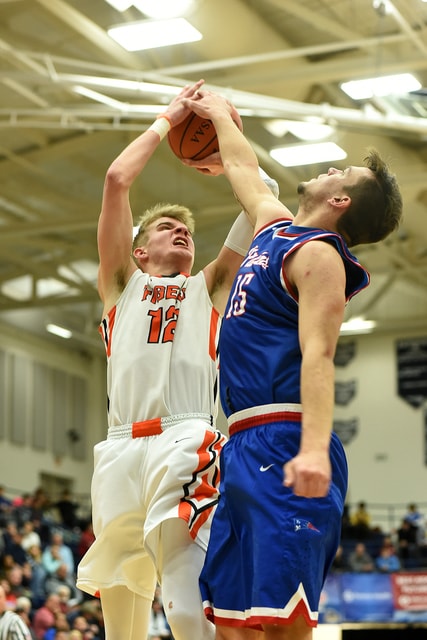 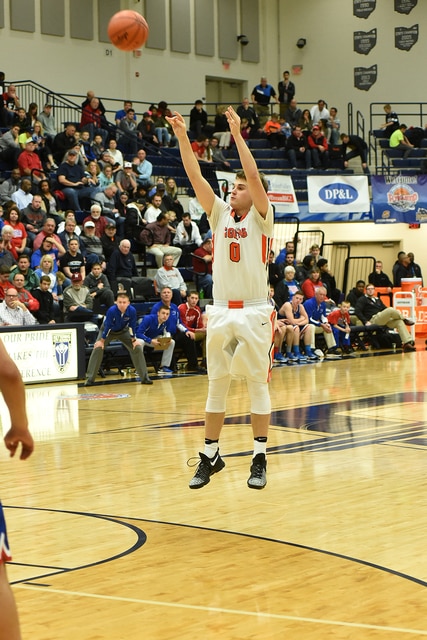 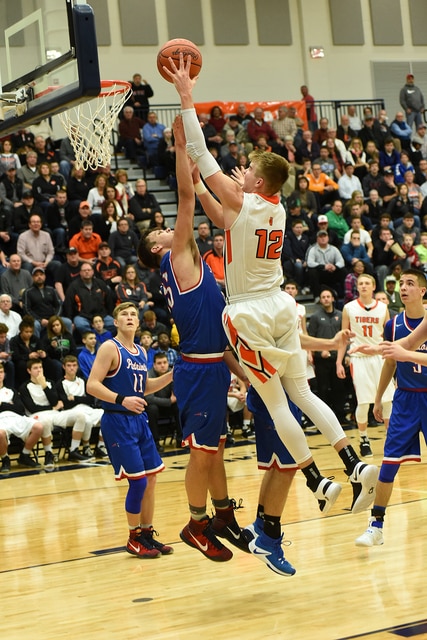 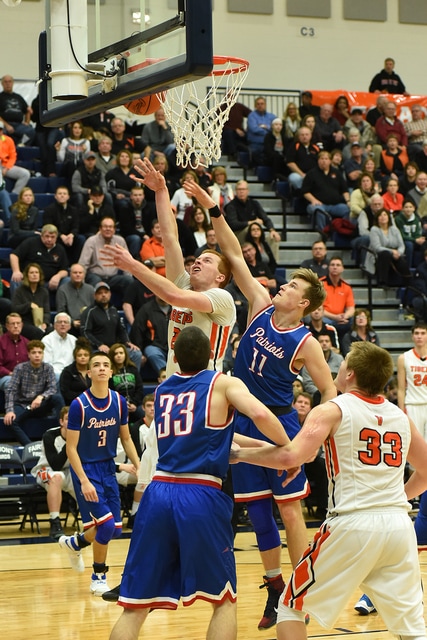 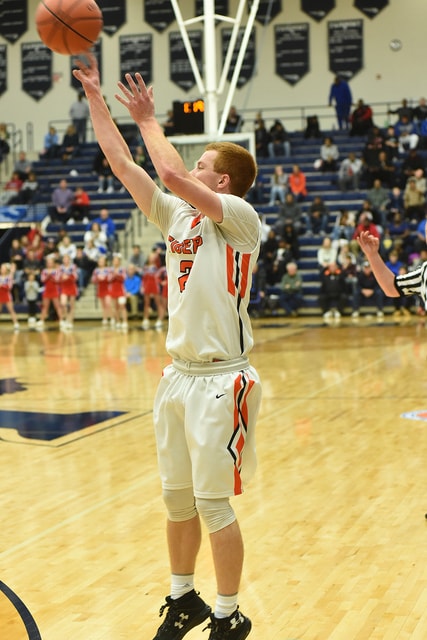 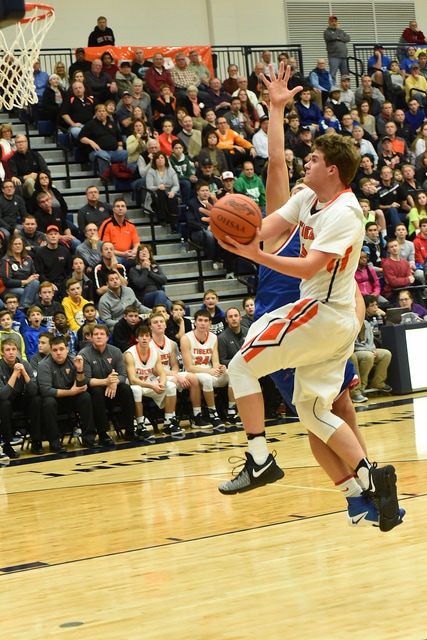 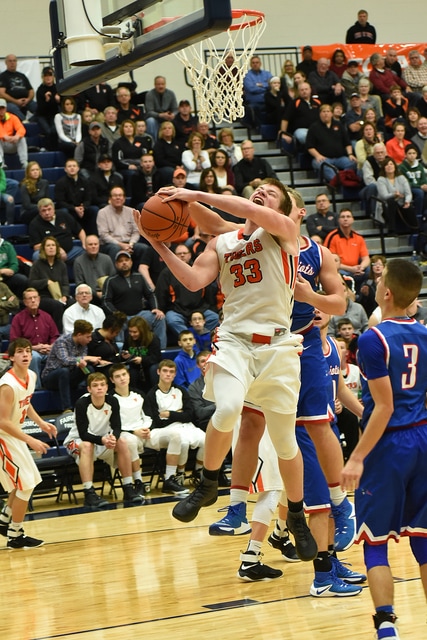 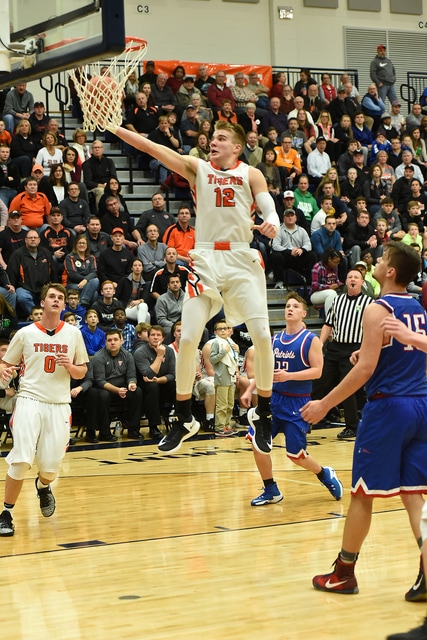