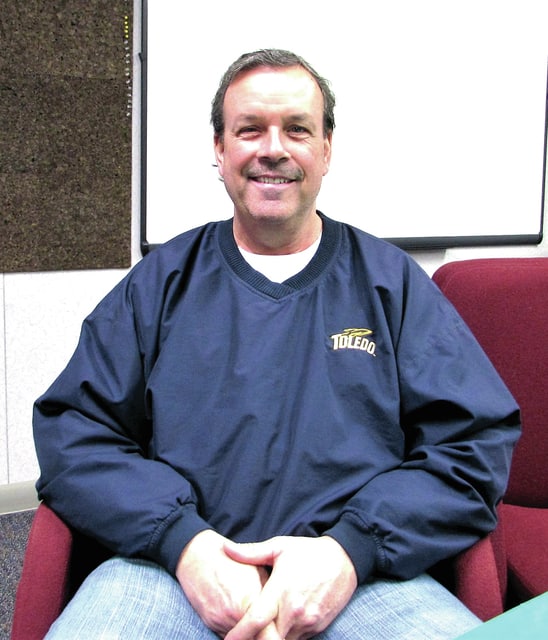 GREENVILLE – As of March 31, Daryl Riffle’s almost 12-year position as Fair Manager for the Darke County Agricultural Society is over.

He started Aug. 1, 2005 and has worked through 12 fairs. Riffle respectfully said that he and the board have come to a vast difference in what he perceives as appropriate, professional and acceptable business management styles. It is nothing immoral, unethical or illegal, he said.

“I think we’ve been successful with both people and fiscal management skills,” he said. “Now, it appears to me have come to the ‘Y’ in the road. The majority wants to go to the left and I think we’ve been doing well going to the right over the past 12 years.”

Past President and current Board Member Richard Delk sees Riffle’s resignation as a great loss.

“I think Daryl has been a great Fair Manager and a great asset to the Darke County Fair. I’m very, very sorry to see him leave,” said Delk.

According to Riffle, the position of Fair Manager is comparable to being chosen to carry the Olympic torch. It comes with great responsibility and it is not all about him.

“It takes someone to make sure the flame stays lit, to ensure the path is clear and that I don’t fall down or stumble,” he said. “Or that I don’t embarrass the committee because they have entrusted me to carry it from here.”

When Riffle first applied for Fair Secretary, he threw his name in the hat along with many others. The decision came down to 10 interviewees with Riffle the sole survivor.

“I am a fair-goer, but I didn’t know the nuts and bolts of what happens at the fair,” he said.

What his employer saw was the professional potential he would bring to the table from his prior work experience in the transportation industry. The job title soon changed to Fair Manager due to the business models that fairs across the country had adopted. Riffle was up to the task.

“We are a $3 million dollar gross operation – that’s a pretty big gig,” he said. “It is public record. Let’s make sure we have everything in place, to prevent situations down the road.”

Since Riffle came in two weeks before the fair, he was expected to observe and soak it all in, he said. As time went on, he became more comfortable and brought information and knowledge from his previous employment, such as writing job descriptions, employee policies, employee evaluations, figuring out fair events and building up the non-fair schedule, writing checks, paying bills, developing budgets, writing policies, sales and marketing, which now includes the far-reaching social media.

A Fair Manager sub-committee will put together the plan to hire a new manager. According to Riffle, the goal is to get it out there soon and once confirmed, the committee will advertise. He said he will take another local position by the end of the month, but until then, he is the Fair Manager.

“People know how I am built, which is not unlike a lot of people, but when my parents brought me up and the way we brought our kids up – we’re committed until the horn blows,” he said.

Some things he’d like to see through are employing extra part-time people and finalizing the concert talent, which has been an on-going challenge. He hopes his successor will carry the responsibility of nourishing the fair’s reputation as being “great’ and being held a higher standard. Riffle referred to the the Mad Anthony article published Sept. 14, 1853.

“The Darke County Agricultural Fair proved to be all that its friends could have wished,” it said in part. “The occasion is one that will long be remembered.”

“Now, sitting in this seat and I hear those comments and I think about that,” he said. “If we are the Great Darke County Fair and we have all of these other people – not only in the state, but across the country – looking at what we do and how we do it – why? If we are one of the best of the best, what do we need to do to keep making sure that we are putting our best there, and meeting the expectations of the people? Not that the last fair was bad, but how can we make sure the next one is a little better?”

Riffle said, trying to encourage the vendors to enhance their offerings is one way. Others are keeping trash off of the ground and the restrooms clean. Another idea Riffle submitted to the board and was supported, was the need to put together scopes of work when gathering proposals, he said. For example, the restroom cleaning scope went from being very general, to very specific, such as, there are 26 restrooms that need cleaned a minimum of three times a day, by three males and three females over the age of 18.

“We’ve learned and those have been good success stories,” he said. “I didn’t come up with those ideas myself. Part of this job is being a good listener.”

People need to walk down the midway and not be bothered by what is going on behind the scenes.

“If we have prepared for the bumps during the nine days, and there are always bumps, the fair-goer is not going to know that we need to move bleachers from there to here to get ready for this 3 p.m. show,” he said. “They just want to know that the bleachers were there and they had fun.”

Tackling the different marketing opportunities, especially though social media, has helped the fair numbers grow, Riffle said. But the numbers are dropping a little, anywhere from 2 -4 percent, he said.

“If we don’t look at that, the next thing we know four or five years go by and we drop 20,000 people.” he said. “Not that we are doing anything wrong, but why? We must keep challenging ourselves and asking, ‘why?’. There is not an answer that we just pull out of the sky, it is something at which we must constantly work.”

Several things are already in place that keep the fair “great,” according to Riffle. Number one are the people.

“Fair-goers, vendors and exhibitors alike – all pay to be there – they are so passionate about this fair. The second are the shade trees. A lot of the fairs don’t have the luxury of the environment we have. Also, it is all – inclusive and tied into one big circle.”

Riffle said he will miss the relationships he has built.

“They are phenomenal,” he said. “It’s like my extended family. This is the only industry I have been in, where you develop nine-day-a-year relationships with people. My wife, Mary, and I talk to them about what is going on with their kids and their grand kids – leaving behind those relationships – that’s going to be tough.”

“I’ve been lucky enough that I have been kind of the face of the fair,” he added. “But it’s not been without a lot of support from many people that we’ve been successful. Whoever takes the torch next, I wish them the best because as a Darke County resident, I want to keep it going too. I love this county.”